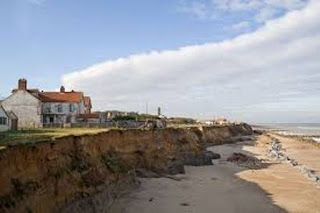 The Federal Executive Council (FEC) has approved N14.9 billion for the execution of 11 ecological projects across the six geopolitical zones of the country.

The Minister of Information and Culture, Alhaji Lai Mohammed, made this known when he briefed State House correspondents at the end of the Council fifth virtual meeting presided over by President Muhammadu Buhari.

He said the approval followed the memo presented by the Office of the Secretary to the Government of the Federation (OSGF).

He said: “Memo presented, on behalf of Mr President, by the Secretary to the Government, we sought approval for the award of contract for emergency procurement of the third and fourth quarters 2019, soil erosion, flood control, acceleration intervention projects in favour of 11 contractors, in total sum of N14,907,754,845.’’

According to him, the 11 projects are spread across the six geopolitical zones of the federation.

“The first is a gully erosion control at Ogige-Uruala-Chikabi-Ajibara in Isikwato Local Government Area of Abia at the sum of N896,959,169.75, with completion period of six months.

“The second is erosion control and road improvement works at Ezeoke-Nsuelime, Mbaeno Local Government Area of Imo State for the sum of N965,196,290, with the completion period of 11 months.

“Then there’s a dredging of Tejuoso-NTA Canal, Railway Stadium via Alaska Estate, Surulere, which has been awarded for N1,892,006,000, with a completion period of 12 months.

“Then, we have the construction of the three kilometres trapezoidal drain at Oluomo, Orile-Ifo by Abe-koko, at Odo-eran in Ifo Local Government Area of Ogun State, which is for another N1, 067,051,000.

The minister revealed that N4.5 billion would be expended on the shoreline protection and reclamation works for Emadike Phase 2 in Bayelsa, while N1.47 billion would also be spent on the construction of road and drainage network within Mobupolo area of Maiduguri Metropolis, Borno.

“Then there’s the flood and directional control works in Gashau and Nguru Local Government Areas Phase 2 in Yobe State for the sum of N1,169,900,074.

“The eighth is the Yanwari-Daji erosion control works in Tsafe Local Government Area of Zamfara State for the sum of N701,313,563.

“Then there’s the flood control and road improvement works at Nasarawa-Egon Local Government Area of Nasarawa State for N931,754,123.

On water, the minister stated the council approved the appointment of a consultant to supervise the smooth takeover of the Farin-Ruwa Multi-Purpose Dam in Nasarawa State at the cost of N294 million.

The Minister of Women Affairs, Mrs Pauline Tallen, who also addressed the correspondents on the outcome of the meeting, said she gave a breakdown of the activities of her ministry in the past eight months.