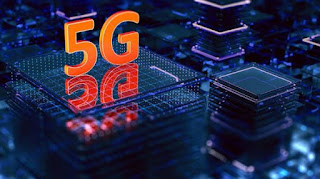 Nigerian Communications Commission (NCC) has said the trial of the fifth generation mobile network, showed that there was no health hazard associated with the use of the technology.

The commission stated this in a draft consultation document on Deployment of Fifth Generation Mobile Technology in Nigeria, adding that the trial was conducted in six cities – Abuja, Lagos, Ibadan, Abeokuta, Kano and Calabar.

The regulatory body said the tests were conducted in accordance with the 1998 International Commission on Non-Ionizing Radiation Protection guidelines for general public exposure to varying electromagnetic fields, which were in force at the time of the trials.

It said the results of EMF radiation indicated that the highest radiation at 26 GHz millimeter wave at 5m away from source was 4.3 per cent and at 30m from the source was 0.14 per cent.

“These results are far below the ICNIRP specification for protection of members of the public in the Guidelines and therefore suggest that no public health hazards are expected from the use of 5G in Nigeria,” NCC said.

The telecoms regulator stated that the deployment of the new network in the country would be done in two phases.

It said the phase one, which involves deployment based on the non-standalone approach, would commence in 2021.