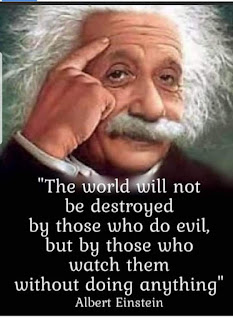 Yesterday, some youths blinded by the lure of lucre and hired by the State Govt went to town with muds packed in both hands with the failed intention of smearing the Distinguished Senator representing Anambra South Senatorial District , Senator Dr Ifeanyi Ubah

His offence according to them was why he didn't keep quiet like his  peers in the Governorship race . while the state Governor sinks the ship of state as he goes about meticulously amassing state resources and shipping them off to Texas in preparation for a life of sumptious retirement after his tenure 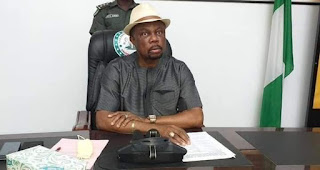 They kept questioning why out of all the Gubernatorial aspirants eyeing Agu Awka, it is only the Senator that shakes the table and exposes the Governor's shady dealings

Some even came offline to advise that the Distinguished Senator  should keep quiet as he needs to court the cooperation of the Governor before he can be allowed to succeed him.

These set of advisors also forgot that it is only God that maketh kings and even the present Governor was swimming abroad when the  call came and he became Governor .

In other words Mmadu aburo Chukwu 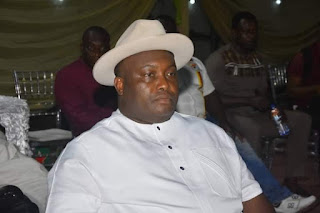 Now , the question is , do these people realize what the sum of 8 billion naira plus  that the Governor gave away in order to access 25 billion( that had a future maturity date), will do for our state ? .

The balance of less 17 billion Naira that he now has in cash nko ? Where has he deployed it in the state  ?

How can the entire state infrastructure lie in such state of ruination while our Governor liquidates future funds and diverts them and people bought over by this Govt have the effrontery to ask the Distinguished  Senator  to keep quiet ? .

In this same state that every manner of taxation is levied on artisans, peasants and traders including Keke and Okada riders all to service the luxury lifestyle that the Governor and wife acquired while in office ? .

Before the Distinguished Senator intervened in the medical sector of the State by rallying Anambra stakeholders to deliver the now functioning hospitals in Akammiri Nnewi  and the one now ready for use in Awka , the story of the state of our medical sector in Anambra  was one better seen than imagined.

Do you know that the  8 billion naira he gave to banks in the shady transaction would have delivered atleast 15 well equipped hospitals that would have been scattered in almost every local Govt in the state ? .

A state that once leads and others in the region follow.

Today our Governor does not even bother to attend meetings of the South East Governors Forum probably because people will raise eyebrows by the time Osodieme who is the defacto Governor of my state appears in that meeting .

How can a sane mind ask the Distinguished Senator to keep shut and  align with the others playing political correctness when our people face this level of inhuman and degrading treatment from a Governor that is supposed to be grateful to God for taking him from his swimming pool in Texas to Agu Awka on a platter of gold and use that as a yardstick to take Anambra to Olympian heights .

What do we have today ?

A State where the people will rather rally round an individual they trust and donate monies while shunning the State Govt's call for money during the covid-19 pandemic era. Even after the State Govt used state funds in paying for advertorials on National Dailies  calling on the people to shun donating monies to the Senator Ubah's hospital projects

I know for a fact that Ndi Anambra are taking note of all that kept quiet and served as enablers of bad governance while the future of our dear state gets mortgaged every passing day .

The State House of Assembly majority of whom are  populated by Apga members have since abandoned their constitutional duties and adopted a sidon look posture while everything goes awry in the state .

Our people are taking note  !

Whoever first asked the following question is indeed a prophet

As we go to Church today, pls spare time to say a prayer for our dear state in distress  while we count down the remaining 14 months; using  the following prayer points

May the evil spirit that drove him away from Agu Awka to Govt Lodge in Onitsha allow him some respite and some moments of sober reflection to think about the legacies he is about to live forever in the state and see what he can do to redeem himself before it is too late.

The Open door revolution embodies a radical change to the damaging  norms we are used to in this nation.

N.B; Expect my series on the various deadly interventions that the Governor has made to stop the people oriented and life changing efforts made by Senator Dr  Patrick Ifeanyi Ubah to better the lives of Ndi Anambra