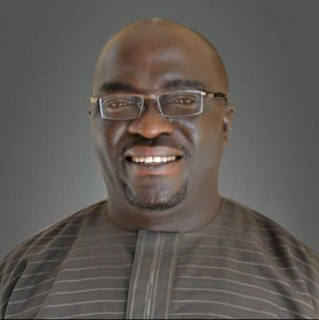 Each time appointments are made, most of us quickly scroll down the list looking for names of our tribesmen or names that sound like our tribal names. No other considerations. Only extreme selfishness. Next we start posting, tweeting, retweeting and reposting ignorant propositions and lamentations.

We conveniently forget that there are over 250 ethnic groups in Nigeria speaking over 500 languages. So for our individual tribe, there are at least another 249 tribes and ethnic groups in Nigeria. What if all those other tribesmen reason and act like we do each time we see a list of appointments or infrastructures? Are we not selfishly marginazilizing all those other tribes and ethnic groups, simply because we are called 'majority tribe'.

When we look at appointments made and or projects even from a geopolitical zones perspective, we also quickly forget that there are 6 zones in total in Nigeria and each of those zones has as much right to those appointments and developments as our own zone.

Then comes in willful or genuine ignorance. Every name that sounds northern or Islamic is lumped as North, Muslim or even 'Hausa Fulani' by the more morbidly ignorant or mischievous among us. We forget that there are North East, North West and North Central geopolitical zones. Due to the fact that Islam is spread majorly across those three regions and many Muslims bear Islamic names as against traditional or tribal names, a name like Mohammed or Maryam Idris could be borne by any person from the NW, NE, NC or even SW. Yet not every one that bears a Muslim name is a Muslim (Edo state is an example).

On the contrary, a name like Uchenna or Nnenna Agbai can only be Igbo and from the South East because of that tribe's predominant use of traditional, Christian names or a mixture of both.

Thus a lot of the gerrymandering, sabre rattling, propaganda and allegations of marginalization, nepotism etc that heat up the polity and mislead the gullible and uniformed and create needless tension and hate in the polity are not based on actual empirical, geopolitical and geographical facts but rather on ignorance (willful or genuine).

Let me be clear. That is not to say that there are no real arguments to make for marginalization all round or genuine complaints but a clear presentation of the facts as they are would help us to isolate and address genuine concerns and complaints where they exist. However often times, the motive is not actually to address or correct any real issues but simply to create confusion, distrust, hatred and mischief for whatever intentions.

I am truly pissed off; both with the Government and the Governed.

The Governed because many of us have made no self effort to seek proper and functional education (beyond paper certification) to understand the complex composition of our nation such as to be able to dissect issues from an informed perspective and thus be able to make sound judgement calls for ourselves by ourselves so as not be misled by mischievous elements amongst us.

Succesive Nigeria Governments because they have failed and continue to fail in Citizen Education on our true National History, Ethics and Values; A genuine Citizen Orientation which builds real patriotism, love, trust, tolerance and mutual respect for one another and loyalty, commitment and dedication to the nation as against individual tribes or ethnic groups and last but not the least they have failed in genuine National Integration that gives every citizen a genuine and legal sense of belonging irrespective of wherever he or she decides to reside outside his or her original tribe, state or ethnic group.

Asides Lagos state which is predominantly Yoruba by tribe (and I stand to be corrected), in no other state in Nigeria can fellow citizens from other states, tribes and ethnic groups aspire to hold political office or be freely appointed to political offices or positions. Even after residing and settling in those state for decades. What a shame? That is a monumental and fatal failure in National Integration and an indictment of the government and all of us and a key contributory factor to the festering dis-ease we have in the nation today.

I daresay that whoever messed with the National Youth Service Corp (NYSC) Scheme should immediately restore the scheme to what it used to be that the creators of the scheme envisioned - a powerful and practical tool for National Unity, Orientation and Integration. Look no further than this writer to appreciate what the NYSC scheme was meant to achieve and achieved. The day I crossed over from the South East to the Northern state of Kano in 1996 as a tiny 25 year old Igbo boy for national youth service was the day the total liberation of my mind as a Nigerian citizen began. The detribalized and patriotic mindset I have today is a product of a combination of my parental upbringing to love other human beings, the functional education I received (I attended public schools by the way), the civic and national orientation I got growing up and the icing on the cake, my NYSC sojourn to Kano state in Northern Nigeria.

The idea that graduates eligible for national youth service today can pick and choose which states to be posted to is totally counterproductive and inimical to the intendment for that scheme. That decision or policy should be rescinded immediately and the scheme returned to its original modus operandi. No eligible youth corp member must serve in his own geopolitical or neighbouring geopolitical zone. That in my view would help, even compel young Nigerians to discover and learn first hand about other ethnic groups, regions and religions that are significantly diverse from theirs and consequently promote greater understanding, tolerance, national unity, cohesion and integration among Nigerians. That is what the scheme has always achieved in times past. Why change it to our collective detriment? Naturally, people fear what they do not know or understand and easily destroy what and who they have no attachments (physical or emotional) to.

In closing, it is not enough for us to lament, attack and defend daily on and off social media, often in utter hypocrisy and acute ignorance and selfishness. We all need to think deep to unravel and pin point where we derailed as a nation and take practical, painstaking and sincere steps to remedy them and get back on track.

It is no rocket science.