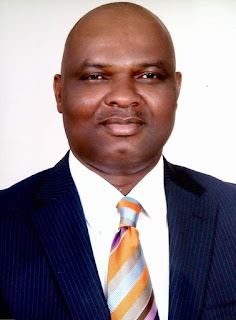 Nsukka Journalist foundation, a group of practicing journalists from Nsukka in Enugu state has rejected Enugu Pension bill for governor's.

In a statement made available to Nigerian Notch, by the group reads thus, "we are dismayed by media reports that a bill to further amend the Enugu State Pensions Law 2007, first amended in 2017,  passed its first reading at the Enugu State House of Assembly on March 11, 2021, and that, as a consequence of the uproar which followed it, the House stepped it down on March 16"

They noted also that a statement, signed by the Leader of the House, Hon. Ikechukwu Ezeugwu, in which he attempted to justify the House’s action by quoting Section 124 (5) of the Constitution of the Federal Republic of Nigeria, has been taken over by events. This section they said provides that a state House of Assembly MAY make a law for the grant of a pension or a gratuity to a person who had held office as Governor or Deputy Governor, which shall be a charge upon the Consolidated Revenue Fund of the state.

They also noted with dismay that the House, in its wisdom, chose to include their spouses and pay them both pension AND gratuity as well as make a provision for their state burials.

They recalled that the debate over severance allowance for former officeholders, which kick-started in 2007, had ended, after some courts of competent jurisdiction, including the Industrial Court, declared as null and void any payment  of “pension or gratuity” to ex-governors and ex-deputy governors in states like Lagos, Kwara and Zamfara. The courts had ordered that such an allowance already paid should be retrieved from the beneficiaries.

The group however conveyed there sadness in very strong terms and without equivocation, of the collective embarrassment, as a body and indigenes of Enugu State, that a state such as Enugu, which is reeling under a crushing debt burden and which is unable to meet all its obligations to its civil servants and pensioners, would consider, and appear to support, this rather unfortunate Bill.

They expressed there disappointment in the leadership and membership of the State House of Assembly, as well as known and unknown supporters, sponsors and defenders of this Bill, for not deeming it fit to consider the difficulties faced by civil servants and pensioners in Enugu State, to REPEAL the 2007 Law.

The group however stated that they learnt that the State House of Assembly has deemed it necessary, and more important than the welfare of its citizens, to consider an upward review of the illegal provisions in the Bill, which to them is unacceptable.

The group therefore, urged Enugu State House of Assembly to quickly repeal the obnoxious law [Enugu State Gubernatorial Pensions Law 2007, as amended in 2017],  within the next 90 days,  or have them to contend with as the Nsukka Journalists Foundation, whose motto is “Conscience of the People”, shall not hesitate to approach a court of competent jurisdiction, as well as the court of moral conscience and public opinion, to decide on the matter.

The group therefore enjoined Enugu State Government, led by Hon. Ifeanyi Ugwuanyi, to be conscious of the unhealthy status of the state’s finances, infrastructure gaps and deficits, and lack of basic amenities like water and electricity and thus prevail on the House of Assembly to do what is right, before man, before the people on whose votes their legitimacy is founded, and before God, whose Name and Grace Enugu State seemingly defers to.

The group further stated that they are painfully aware of the need to provide water, better health facilities and services, job opportunities for teeming youths, better educational facilities, better teaching tools and personnel, among so many urgent needs of the state and her people, and believe that scarce resources ought to be better deployed towards improving these physical, material and social infrastructures instead of using it to service few individuals.

They said that there are also aware that, this Bill if ever passed, would only encourage medical tourism, and a movement of scarce funds of Enugu State to other places such as Lagos, Abuja and Dubai, considering the poverty of current health facilities and services.

They therefore called on former governors and deputy governors of the state to return whatever benefits they may have received and enjoyed, on account of this anti-people law, to the state’s treasury immediately, following the verdict of the Courts.

They reiterated that being a Governor is a call to duty, not an award. The state should care for all of its citizens. Those in power should do well to approve and implement laws that will improve the lives of the people, believing that power rests with the people and comes from God.