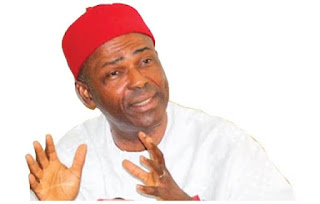 Dr Ogbonnaya Onu, Minister of Science and Technology, says forming a Joint Committee between Nigeria and the Democratic Peoples Republic of Korea will enhance Science, Technology, and Innovation (STI) between both countries.

The minister said this when Amb. Jon Tong, Ambassador of the Democratic Peoples Republic of Korea to Nigeria, paid him a courtesy visit on Tuesday in Abuja.

He noted that with the joint committee, the bilateral relationship between the two countries would further be strengthened.

Onu said that Nigeria was working hard to ensure that the economy would no longer be dependent on commodities but on knowledge, driven by  innovation.

Accordingly, he said this will enable the nation to tap into its vast resources by deploying science, technology and innovation to convert the resources into products and services.

He said the application of STI would  help strengthen the nation’s economy and the fight against poverty.

“ President Muhammadu  Buhari is committed to making sure that we don’t have poor people in Nigeria in the future,’’ he said.

He hinted that Nigeria was working hard to achieve this feat and that in no distant time many Nigerians would  be moved out of poverty.

According to him, this will drastically reduce the level of poverty and will help Nigeria attain what China has achieved by eliminating poverty which is the ultimate goal of our nation.

Earlier, the Ambassador while noting that Nigeria remained a giant in Africa,  commended the country for its self reliant efforts.