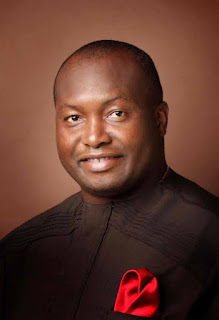 The Senator representing Anambra South Senatorial District at the Red Chambers, Senator Dr Patrick Ifeanyi Ubah has condemned in its entirety the attack on Prof Soludo and the resultant effect, which is the shooting of policemen and abduction of Engr Emeka Ezenwanne, the Commissioner of Public Utility in the state.

In a press release made available by Hon. Kamen Chuks, the Head Media and Strategic Communications to Senator Ubah, stated that they Late yesterday(31st March), received a very disturbing report about the shooting/attack on Prof, Charles Chukwuma Soludo and the kidnap of Anambra State Commissioner for Public Utilities; Mr. Emeka Ezenwanne at Isuofia, Anambra State.

The senator said that "I was totally saddened and appalled by this barbaric act which is condemnable in its entirety. This ugly trend is totally unacceptable and must be nipped in the bud as the recurrent spate of killings in Anambra has set a dangerous precedent which tends to paint a picture of insecurity and total crackdown of peace and order in the State."

"The primary responsibility of the State Government is the security and welfare of the people. In this regard, I wish to once again reiterate my previous call on the Government of Anambra State to thoroughly investigate and address these recurrent security challenges with a view to ensuring that citizens and security personnel at risk of further attacks are well protected and equipped to tackle this challenge."

Conclusively, may he used this medium to extend my heartfelt commiseration to Prof. Soludo, the bereaved and all victims of this unfortunate attack. While praying for the peaceful repose of the lost security officers, it is my expectation that the State Government will work extensively with the relevant security and intelligence agencies to come up with an effective response to this security challenge.