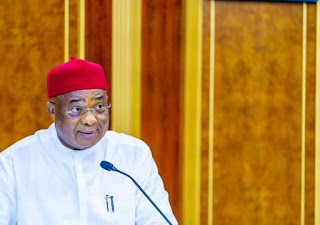 The Imo State Governor, Hope Uzodimma has advocated for the creation of Special Fund to compensate the South East for the loses they sustained during the Nigerian Civil War that left the region in complete penury in its aftermath.

The Governor among other recommendations stated this during the flag-off of the South East zonal hearing on the review of the current Revenue Allocation Formula organized by the Revenue Mobilisation, Allocation and Fiscal Commission, in Owerri on Wednesday.