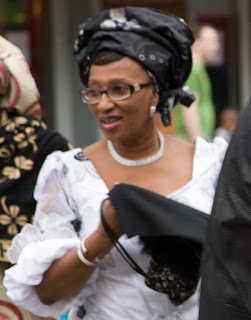 National Secretary of the Peoples Democratic Party (PDP), Senator Samuel Nnaemeka Anyanwu has described former Minister of Aviation, Ambassador Kema Chikwe as a persistent advocate of good governance in Nigeria, adding that her 75th birthday celebration is evidence of her goodwill to humanity.

Anyanwu expresses hope that Amb. Chikwe’s contributions in both national and local politics will remain evergreen in the minds of people, describing her approach to life as unique, exceptional and unequaled.

According to him, “at 75, Amb Kema Chikwe has become a role model, a political rallying point, astute politician of modern design with sound moral, fair, objective, committed, meticulous, liberal and most importantly, open hearted”

“Her style of politics represents that of a passionate mother who thinks first for people around her, the environment she finds herself and the younger generation before her personal desires. She is a mother-figure whose daily interest is how to bring lasting peace, unity and cooperation in her party, the state and the country in general.”

Senator Anyanwu further recalls the efforts of Amb Chikwe, a former National Woman Leader of PDP in shaping democratic ethos in Imo state in particular and Nigeria at large, expressing optimism that her new age will continue to offer her the privilege to work assiduously towards rescuing and rebuilding the country.

While wishing her a blissful birthday anniversary in good health, the PDP National Scribe therefore calls on other political leaders in Nigeria to emulate her style of politics which geared towards nation building.