God Is With His People Always, Clergy Assures

Christians have been assured that God is with His people always.
The Parish Priest of St. Brigid's Catholic Church Nnarambia Ahiara, in Ahiazu Mbaise Local Government Area of Imo State, Rev. Fr. Pius Nwuzo stated this during the Thanksgiving Mass in honor of Fintan Ehioma, whom God saved from drowning in Okatankwo River when Mater Ecclesia Seminary Bus he took on an errand for the School plunged therein.
"God wants his people to see life's challenges as stepping Stone instead of stumbling blocks.
This will make ones focus to be unshaken."
The Clergyman said, pointing out that those who trust in the Lord are as strong as Mount Zion which can never been shaken.
He described the attributes of those who trust God to include; love and compassion towards others, adding that nobody who believes in God is ever allowed to be put shame.
From the Mass Readings of the Day, Rev. Fr. Nwuzo identified that Bethlehem was a small City but God chose it to bear the Saviour of the World.
According to him, God uses little things to confound the mighty because things that are looked down upon are the things God uses to make a name for Himself.
"But God does such Miracles for those who believe. God promised love, protection and victory to those who believe."
He said, adding that the Sacrifice God desires is the one done with Clean Hearts and Clean Hands. 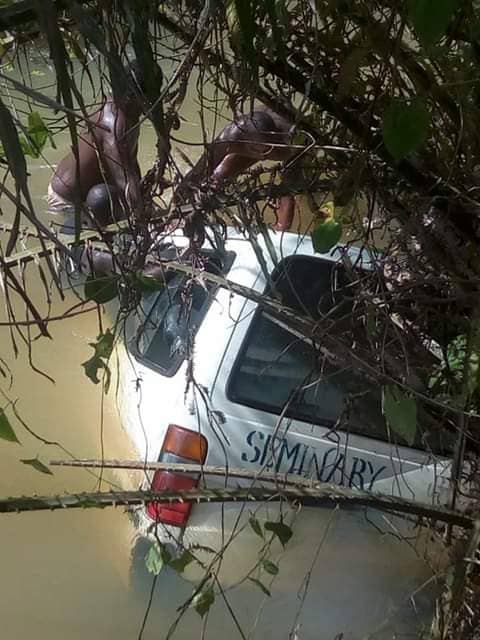