Dignitaries from all walks of life joined the Radio Nigeria Icon, James Uwaleke, Family, Friends and Well Wishers to thank God for sparing his life after a Partial Stroke Attack.
The Thanksgiving Mass celebrated at the Radio Nigeria Chapel Ozaraegbelu was used to thank God for making him add another book to his kitty, titled "Strong Woman"
In his Sermon at the  Church Service, Rev Fr Justin Obijuru advised Christians to imbibe the habit of Thanksgiving to attract more Blessings from God.
He decried the way Christians exhibit reluctance in appreciating God's Blessings, pointing out that God is ever faithful to reconcile with his Children.
The man of God explained that though trials may come, everything works out for good to those who love God.
He declared James Uwaleke as an Over Comer, as God fought his battle.
James Uwaleke, the celebrant expressed gratitude to Almighty God for saving his life and for giving him the strength to produce yet another Book to improve the essence of humanity.
"I am thanking God for giving me the Glory, keeping me alive when the enemies attacked me. By January this year, I was down with Partial Stroke but God did not allow me to die. God saved me"
He said, adding that his new book, titled, "Strong Woman", centers on the need for Women to be given better opportunities in the Governance of the Country.
The Broadcaster paid tribute to Women like Oby Ezekwesili, Chimamanda Adichie, Mother Theresa of Calcutta, Dora Akuniyli amongst others, who have contributed immensely to the growth of the Nation.
In his remarks, the General Manger of Radio Nigeria Heartland FM, Mr Basil Uzoma thanked God for the recovery of James Uwaleke, describing it as God's way of taking away shame off from Heartland FM Family.
He recalled that after the incidents that befell the Heartland Radio FM family last year, God assured them that they will weep no more, pointing out that God's Word has come to pass by sparing James Uwaleke's life.
He called on all and sundry to join hands in the celebration of the great Icon whom he described as a Survivor.
Also in a Remark, Chief Fidel Onyeneke stressed the need for Media Practitioners to be appreciated while they are alive.
He eulogised James Uwaleke, pointing out that it pays to be on the Lords side because God never fails. 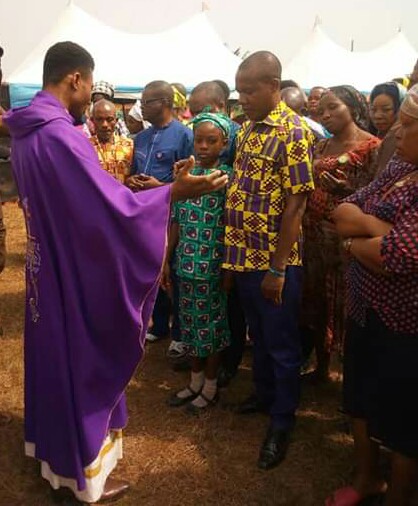