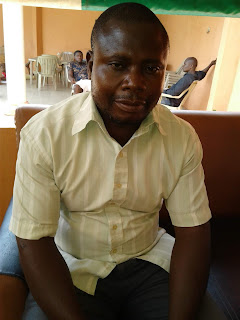 The front line contestant in 31st election for who will pilot the affairs of Nnewi/Onitsha Brothers Drivers Association, Nathaniel Chukwu also known as AddMore, has promised to add value to the leadership of the association if elected as their Chairman.

He made this known in an interactive session with newsmen today in Nnewi. He started by commending the present government of the association, whom he said has tried his best. He said if elected he will stop the excessive levies being collected from them by force.

He however maintained that he will work to ensure that the government in Anambra state will acknowledge the sufferings of his members, and to stop paying any levy the government did not approve.

He said he will do his best to carry everyone along if elected the chairman of the association. He stressed that he will ensure that orderliness returns in the association, so that Nnewi/Onitsha route will be the best among others.

He promised to work with Nnewi North LGA to achieve the aim of sanity on the roads. He maintained that drivers are not touts because its a noble profession just like any other profession.

He therefore called on the members of Nnewi/Onitsha Brothers Union Driver Association to come out in their numbers and vote for him to restore sanity and grow the union in the state.

He promised to lead them with the fear of God, and called on them to vote for a vibrant young man as leadership is no longer for the aged who most times are not strong to lead.

He maintained that a vote for him is a vote that will change the good way things are being done in the association, he concluded.
Email Post