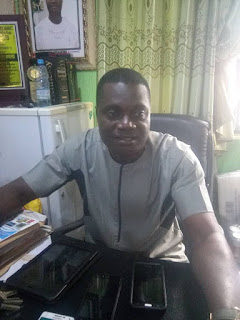 The President General of Building Materials Market Ogidi, Chief Jude Nwankwo (Ochendo Umuawulu) has called on the state government to look into the area of internal roads in the market, by Ugwu nwasike junction to help ease free flow of traffic in the market.

He made this assertion recently in his office while interacting with newsmen.

He said " we commend the efforts of Chief Willie Obiano on the job he is doing in the state, especially on the area of security, education, road construction with bridges, which is not an easy one,

He called on the state government to also help them with a pedestrian bridge, which will help ease human traffic of millions of people who use the Building Material market and Bakery Market daily, a measure that will help stop lots of accidents that happen there on a daily basis, as many of their members and customers have fallen victims to these accidents.

He stressed that his administration when it came on board ensured peace returned to the market by quashing all court cases, and ensured that all offices where distributed accordingly.

He said that is the reason for the massive development they have recorded in the market, as the whole market has been tiled, there is no touting, peace has returned. This is because traders in the market have gotten what they want.

He used the opportunity to thank God for the life of Chief Okwudili Ezenwankwo who was once the President General of all markets in the South East on his elevation to the National Assembly.

He tasked him to continue with the strides he has done before in the market, as no one is yet to fit into the big shoe he left behind.

On the new caretaker for ASMATA, he called on all traders in the state to support Comrade Ikechukwu Ekwegbalu, whom he described as a gentle man to move trade and commerce in the state to greater heights.
Email Post