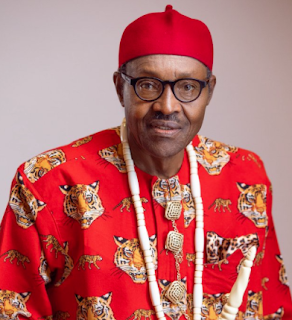 President Buhari has congratulated Archbishop Ignatius Kaigama on his appointment as Archbishop of the Catholic Archdiocese of Abuja by the Holy Father, Pope Francis, following the retirement of John Cardinal Onaiyekan.

As the immediate past President of Catholic Bishops Conference of Nigeria (CBCN), former Archbishop of Jos, former President of the Episcopal Conference of West African Catholic Bishops and former Chairman of the Plateau State Interreligious Committee for Peace, the President recognises the roles Archbishop Kaigama had played in promoting peace, interfaith dialogue and mutual understanding between Christians and Muslims in the country.

As His Grace, Archbishop Kaigama begins a new phase of his ministry, the President joins all members of the Catholic Church across Nigeria in praying for a successful and memorable tenure in office that will see the Church accomplish great things for the unity and prosperity of the nation, while complementing government's efforts at human and material development.

The President also felicitates with Archbishop Emeritus, John Cardinal Onaiyekan on his retirement, commending His Eminence for his dedicated service to the Catholic Church, and invaluable contributions to the spiritual life of Christians under his pastoral care.

Recounting previous audiences with CBCN in the past few years, the President appreciates the many contributions Catholics have made to Nigeria's development and assures the leadership of the Church of his government's active support to faith-based organisations as partners in progress.