Before this Deadly virus called Coronavirus actually came into existence, it has been predicted by a renown writer about eleven years ago.


The virus was earlier predicted by Silvia Browne, a female writer who is known for her End of the Days books where she predicts what would happen in the future and afterlife.

Silvia Browne born in 1939 wrote the book that revealed how Coronavirus will surface on earth in 2020. Though she didn't mention the name of the virus. She wrote the book in 2008 and eventually died at 77 in 2013. She is no more alive but what she predicted has happened. 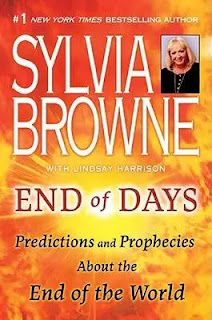 *In around 2020 a severe pneumonia-like illness will spread throughout the globe, attacking the lungs and the bronchial tubes and resisting all known treatments. Almost more baffling than the illness itself will be the fact that it will suddenly vanish as quickly as it arrived, attack again ten years later, and then disappear completely" 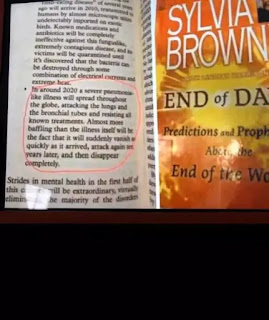 The book actually got the attention of many readers after seeing the reality of her Prophesies. They stated leaving surprising reviews on her book.
Email Post