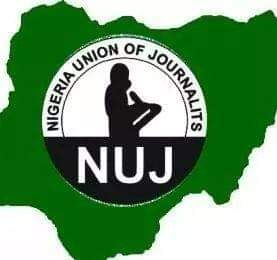 With the spread of Corona virus to more individuals in the country  the National Secretariat of the Nigeria Union of Journalists (NUJ) has directed that Congresses/meeting at State and Chapel levels of the Union be suspended till further notice.

In a Press Statement, the National Secretary of NUJ, Shuaibu Usman Leman, the Union said with the present situation, it has become imperative the union takes steps to safeguard members across the 37 Councils nationwide.

“The Coronavirus pandemic has continued to spread despite efforts by governments at different levels to contain it.

“Already about eight cases have been confirmed while several unconfirmed cases are still springing up across states,” the Union said.

“All large gatherings should also be suspended, while journalists should ensure they maintain social distancing and high personal hygiene within this period.

NUJ enjoined members to comply with directives by the Federal Ministry of Health, National Centre for Disease Control (NCDC) and other relevant government agencies on the dissemination of information, to ensure the virus is kept at bay.
Email Post