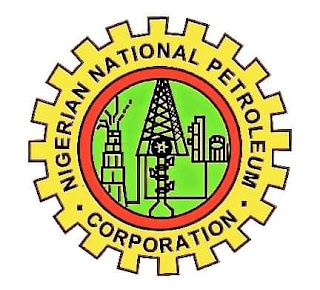 - FORMER PRESIDENT OBASANJO FINGERED AS RIFT BETWEEN THE TWO DEEPENS

Sen. Ifeanyi Ararume seems not to be on the good side of fate despite how hard luck tries to smile at him. A look at his political journey reveals that it hasn’t been rosy for him, hence, the jumping from one party to another yet it seems like the popular saying that what causes the pungent smell of the shrew(Nkapi/Nkakwu) is from its body.

The recent appointment of Sen. Ifeanyi Ararume as the Chairman NNPC Board came as a surprise to many and to others a political compensation but whatever it may be, all seems not to be sitting well with Sen. Ararume and the Presidency.

President Buhari has ordered the suspension of the inauguration of the new NNPC board indefinitely of which Sen. Ararume is the Chairman which is scheduled for today 24th November. According to inside source from the Aso Villa, it seems that the rift between Sen. Ararume and Former President Olusegun Obasanjo has continued to affect the political advancement of Sen. Ararume.

According to the source who pleased anonymity, former President Obasanjo has been fingered over the indefinite suspension of the inauguration as several calls was placed by him to the President and given the personality of Obasanjo, it wouldn’t be hard for Mr. President to give in to his request.

Although it may not be clear if there is a new issue between Sen. Ararume and former President Obasanjo but given to the stand of the former on Sen. Ararume’s political progress, it is obvious he can go the extra mile to kill the remaining political life of Sen. Ararume.

You may recall that the former President Obasanjo had one time ago declared that Sen. Ifeanyi Ararume was not worthy to ever become the Governor of Imo State due to his shady antecedents especially during his time at the National Assembly and vowed to stop him from advancing politically.

While the camp of Sen. Ararume is yet to react on this new development, it has become clear that he cannot continue to fight the man that made him and therefore should swallow his pride and seek for his forgiveness and reconciliation as things might change politically for him since he is not the first and neither the last that will embrace peace with their political masters to attain the position they are today.