In its bid to impact sound moral values in students and pupils of public schools, in Anambra state, the Chaplain Corps Policing Explorers (CHAPOL), Saturday,   November 17, organised a seminar in Awka, Anambra State capital. The seminar was filled to the brim where participating students and schools were taught basic norms, dos and don'ts, which will help them go through the process of life as good citizens.

The seminar with the theme, "Separated from the Crowd", attracted personalities from all over Anambra state and beyond  who spoke extensively on the need to imbibe good  moral values; and the need to train the young ones to become leaders of the society.

In his address, the Anambra State Commandant of the CHAPOL, Joseph Ekwunife, said the seminar was part of efforts by the organization to combat, and eradicate moral decadence with other moral vices among public schools in the state with authorization from Anambra State government.
He added that the annual seminar conceived in 2013, has contributed immensely to the change in moral behaviour of many pupils and students,    as can be attested by thousands of delegates, who represented their various schools at the previous conferences, he stated.

He said that the command, has through its  numerous avenues, has contributed to the reduction of social vices in Anambra state schools, such as cultism, exam malpractice, theft, ponography, homosexuality, lesbianism, et al.

Earlier in his opening remarks, the chairman on the occasion, Mr. Humphrey Ngonadi, commended the group for promoting sound morals in schools.

"The problem we have today in our public schools is that our young ones have lost moral values. This is the reason why we're witnessing  such vices like cultism even at the lower levels of education.

"With what I see the CHAPOL doing here today, I see hope at the end of the tunnel. There is hope because some people have taken it upon themselves to go round our schools inculcating moral values on the young ones."

Ngonadi opined that inculcating morals on the children at this point is very crucial, considering the leadership roles they'll play in the  society tomorrow.

Lady Joy Ulasi, Executive Chairman, Post Primary Schools Service Commission, Awka, in her own remarks, noted that Anambra State government has done a lot in promoting excellence in schools all over the state. She commended  CHAPOL, who organized the event, while also urging students and pupils to use the opportunity to improve on their morals and their education.

Some of the students, who spoke to Nigerian Notch, during the event, expressed delight that various visitations made by the command in their various schools have improved their morality and consciousness, of what is right and morally wrong.

Highpoint of the event is award of certificate to some students as CHAPOL Ambassadors in their various schools. 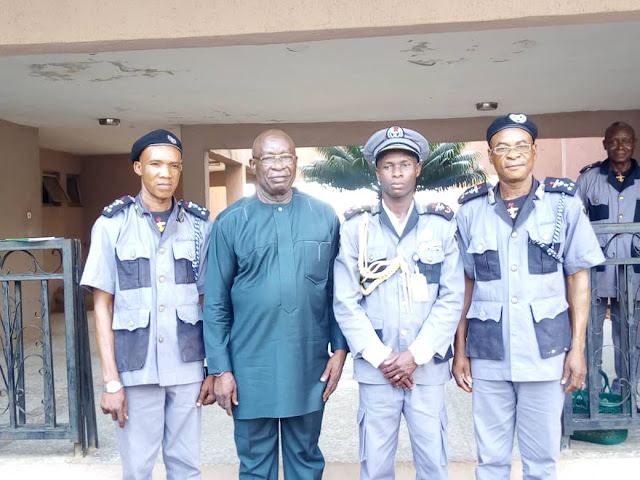