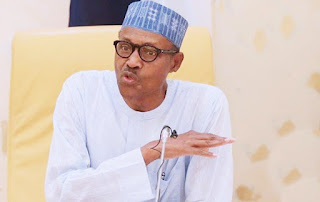 The federal government says its revolution in agriculture, especially in the rice sub-sector, has cut down the country’s unemployment rate by 12 million jobs in just two years.
In a scorecard he presented yesterday in Abuja, in agriculture alone, President Muhammadu Buhari said that through massive rice production in the last two years, 12 million Nigerians have been gainfully employed.
Buhari disclosed this at the 4th Nigeria Rice Investment Forum, in a paper titled: “Effective Linkage of Actor and Effort in the Value Chain for Sustained Self-Sufficiency in Rice Production.”
Represented by the minister of agriculture and rural development, Chief Audu Ogbeh, the president said that for Nigeria to attain self-sufficiency in rice production, more people should be encouraged to go into farming.
He said that the present administration’s intervention in rice production had led to wealth distribution and a drastic reduction in rural-urban migration.


Most of the new entrants into the agriculture sector, according to Buhari were engaged in small and big rice mills, adding that plans were underway to ease the farmers’ access to more funds.
Buhari said: “The impact of our intervention in the rice sector has resulted into job creation, increase in wealth, while reducing migration from rural to urban areas. As of July this year, the number of farmers has increased by 12 million.
“The Rice Farmers Association (RIFAN) has five million members. The number of people working in the rice mills, small or big is over 1.7 million. These include harvesters, loaders, off loaders, transporters, distributors and markers,” he said.
The President however admitted that there are still hurdles to cross as he said: “Unemployment is one of our biggest challenges in the country. We want to make Nigeria self-sufficient in rice production and the fact that we are currently the largest producer of rice in Africa, followed by Mali is good news.”
Buhari told the audience that his administration had cut down rice importation by 90 per cent in the last three years, adding that “our milled rice is available in every store and supermarket in the country.”
He refuted reports credited to the United States Department of Agriculture (USDA) that Nigeria imported three million metric tonnes of rice in 2018.
The President reiterated his administration’s commitment to improving the agriculture sector and creating more job opportunities for Nigerians.
In his keynote address, Ogbeh said that plans were underway to privatise the Bank of Agriculture (BoA) with 40 per cent of the shares going to farmers.
Ogbeh said that this would address the challenges faced by farmers through accessing loans at sustainable interest rates.
The ministered revealed that Nigeria has ordered for 10 more mills in order to boost rice production.
The chairman, New Partnership for Africa’s Development (NEPAD) Business Group Nigeria, Mrs. Nike Akande, said that the cashless “Anchor Borrower’s Programme”, which is supported by the government, has boosted rice production.