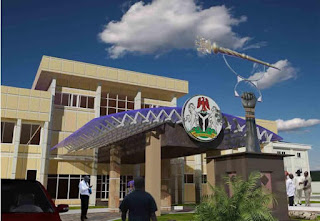 ....... As IMHA Confirms Attorney General and Commissioner for Justice.

Nine lawmakers of the Imo state House of Assembly, have defected to the All Progressives Congress, APC, just as the Deputy Speaker of the House, Okey Onyekanma, resigned his position.


Our correspondent in Owerri, was at the House of Assembly to capture the defection drama, as more lawmakers are  prepared to move to APC, soonest.


The defection started around 3:30 pm when the Speaker of the House, read the letters of the decampees at the floor of the House.

Apart from the announcement of the defectors, the Speaker announced the screening of the Attorney General of Imo State, Cyprian Akaolisa, as appointed by the governor, Sen Hope Uzodinma, who was also confirmed.

The nominee, Barr. COC Akaolisa, whose name was earlier sent to the House by the Governor and read at plenary by Speaker Collins Chiji, was screened following the request by Uzodinma for speedy consideration of his nomination to ensure there is no vacuum in his administration.

Akaolisa has been designated as the Attorney General and Commissioner for Justice by the Governor. He will be sworn in immediately.
Email Post