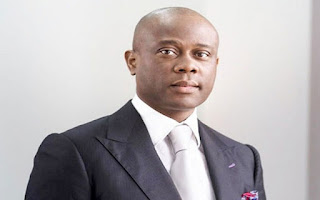 Access Bank has finally acquired 100% of Kenya’s Transnational Bank Plc and its 28 branches, as the Central Bank of Kenya (CBK) gave its final nod.

In October 2019 we gathered that Access Bank from the first quarter of 2020, would expand its footprint across Africa. The bank, which is the largest in Nigeria by customer-size, had embarked on this path seven months after merging with another Nigerian bank, Diamond Bank.


When will takeover be effective? Nigerian Notch learnt that 100% of the shareholding of Transnational Bank will become that of Access Bank from February 1, 2020, after receiving approval on December 24, 2019, for the acquisition.

Kenyan banking industry in inorganic phase: According to CBK, the acquisition is expected to strengthen the resilience of Kenya’s banking sector, which has been opened to merger and acquisition of various banks. The country has recorded merger between NIC Group Plc and Commercial Bank of Africa Limited, and KCB Group Limited’s acquisition of National Bank of Kenya Limited.

Kenya’s Central Bank has been pushing for a merger between the country’s banks because it has more banks per person than South Africa and Nigeria. Kenya has a population of 50 million with about 40 banks. The drive for consolidation had led SBM Holdings Ltd of Mauritius to acquire some of the assets of Chase Bank Kenya Limited and the entire capital of Fidelity Commercial Bank Limited.

With this move by Access Bank, it now has operation in Kenya like its Nigerian counterparts, Guaranty Trust Bank (GTBank) and United Bank of Africa (UBA).
Email Post