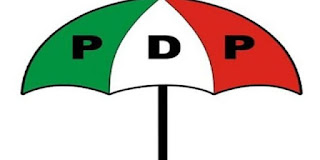 …Insists on reversal of Imo judgment

In a statement signed by the party’s spokesman, Kola Ologbondiyan on Tuesday, the PDP said governors truly won in their states adding that “any disposition to the contrary would have further diminished the hard-earned image of the highest court of the land as Nigerians know that the PDP won in those states.”

The states read in part: “The PDP, however, insists that the judgment on the four states would not in any way sway it to abandon or even diminish the nationwide agitation for a judicial review and reversal of the miscarriage of justice by the court in its judgment on Imo state governorship election.

“The party notes that by upholding the Sokoto, Bauchi, Benue and Adamawa elections, the Supreme Court has shown that it can still be trusted to assert its independence and can further redeem its image by immediately reversing its defective and widely condemned judgment on Imo state.


“The party pointed out that Nigerians would still be agitated and the image, as well as public confidence on the Supreme Court, will still not be fully redeemed until the court summons the expected courage to review and reverse itself on the Imo judgment, in line with the consensus already expressed by citizens across board.

“What is most embarrassing is that in allocating the conjured figures to the APC, the Supreme Court became caught in a web, as total number of votes suddenly jumped to 950,952, over and above INEC’s 823, 743 official number of accredited voters for the election.

“The PDP insists that only a judicial review will guarantee justice in this matter as the PDP, the people of Imo State and Nigerians at large are not ready to allow the Supreme Court to impose a governor other than the person elected by the people at the poll.

“In congratulating Governors Tambuwal, Ortom, Fintiri and Bala Mohammed, the party urged them to continue in the path of good governance for which they were elected, in line with the manifesto and vision of the PDP.”
Email Post