Force Headquarters through to Football Finals 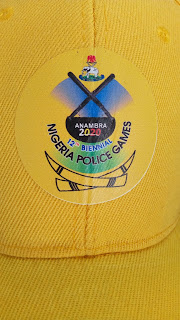 Bolaji Lebi of Force headquarters scored twice which paved way for a comfortable 2-0 win against Zone 7, leading them straight into the final of the 12th Nigeria Police Games, Anambra 2020 men's football event.

Bolaji caught unsettled Zone 7 unawares with a sublime strike 12 minutes after the start.

He completed his brace in the first semi final tie on 29th minute to put the game beyond the redemption of Zone 7.

In the second half Zone 7 who topped group A, poured out in numbers, encamping in their opponents area in search of redemption.

But the Headquarters men defended stoutly, screwing their heads onto their necks to thwart every effort of their opponents in finding the back of the net.

Zone 7 emerged winners in group A while Force Headquarters were runners up in group B.
Email Post