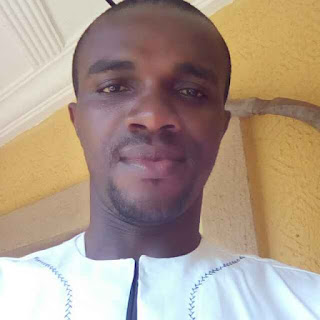 Stakeholders in Nkwo Nnewi Motorcycle Spare Parts market has continued to extol the exemplary leadership of Hon. Obinna Okechukwu whom they have described his leadership as the best ever, since the establishment of the market. This they said was based on the work he has done in the market without tasking any trader in the market as against the norm before in the market.

Speaking with Nigerian Notch, Austin Manuel Jideofor, the current Chairman of Nnewi Importers association, thanked Governor Willie Obiano for giving them a humble and astute leader, whose interest is basically to bring peace and develop the market. He said that since the emergence of Hon. Obinna Okechukwu as the Chairman of NASPA that peace have  returned to the market, and for once, clear visible changes in terms of development is scattered in the market for everyone to see. He asked that he should be allowed to continue with the good works he is doing and that he is firmly behind him.

In the same vein, Elder Mike Udeh, the Chairman of Enugu state Indigenes in Nnewi, and also the Chairman of Chairmen, in NASPA, said that they have never known any Chairman in NASPA's lifeline that has done what the young man Hon. Obinna Okechukwu is doing in the market. He said before now, as the raining season approach, traders in the market will go into panic mode, but its now history as the Chairman now take upon himself to clear the drainage in the market, without tasking any trader in the market. He highlighted some of the achievements of the Chairman to include ensuring that peace reigned supreme in the market among others as flooring of the park, where heavy trucks load and offload goods. He stressed that there is need to support him to do more by extending his tenure in the market to enable him carry on with the good works he has started.

Another stakeholder in the market, Josiah Ezeoke stressed that they have never believed that Hon Obinna will be able to hold the leadership in the market but he did prove naysayers wrong through his doggedness in carrying everyone along in the affairs of market administration which has brought peace and development in the market. He gave instance that before now, nobody believed that the market can be floored without tasking people but he has done it, without tasking anyone. He therefore called on all stakeholders and traders to give the young man the support needed.

While speaking with Nigerian Notch, Onyeka Obiezu (onyeamuma) said that the leadership of Hon. Obinna is different from others as he has brought real peace and development in the market, which was lacking in the market. He said that the wisdom he  has displayed so far, has shown that he has the needed capacity to lead the market. He therefore thanked Anambra state government for finding a capable person in Hon. Obinna Okechukwu and called on the state government to extend his tenure so that he will achieve his desire and passion to bring change to the market.