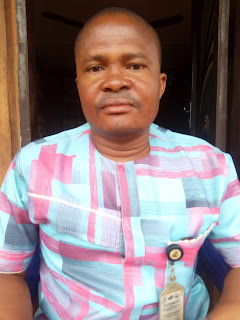 He made this assertion while interacting with our correspondent in Nnewi, yesterday. Comrade Chinedu Enyeribe thanked the governor for ensuring that Ndi Anambra, were not exposed to the risks of contacting the deadly virus through so many proactive measures, which the state government has put in place, which include the closing of all land borders,the setting up of a covid19 response committee headed by the governor and the delivery of first Batch of rice, which is for the Elderly.

He was happy that the governor, as promised, has taken delivery of the first batch of rice meant for elderly people in the state, which willing be distributed to people from the age of 70 Years and above, which he said is in line with the promise of the State Government, in response to the fight against Corona Virus Disease in the state, which will help to ensure strict compliance of the stay at home directive by the state government.

He said that on there own as traders in the market, he has educated his members on the need to keep clean at all times, through the washing of hands, wearing of face mask, and social distancing as a measure to also ensure that they did not contact the virus. He duffed his hat for the health professionals in the state, who has made it impossible for the virus to enter the state through their proactive measures towards combating it.

He was however thankful to all traders in Old Motor Spare Parts(Ngbuka Nnewi) who in line with the directive of the state government, observed 100% strict compliance. He stressed that government's directive to stay safe and healthy until the scourge is contained by health professionals, was in the best interest of the traders no matter the immediate hardship, which is only temporary.

He promised to keep the traders posted on any measures by the state government, to further ameliorate the envisaged  hardship that comes with the closing of market in the area.

He called on the people of Anambra state to continue supporting the APGA led government in the state, towards delivering the dividends of democracy to them. He also asked the traders to report to any case of dry cough, high fever and difficulty in breathing which are the signs of this deadly virus to the isolation centre in Nnewi at NAUTH.
Email Post