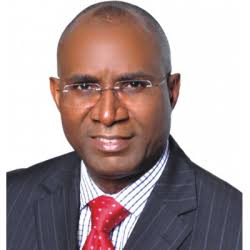 ..... seeks for calm as he demands thorough investigations

The Deputy President of the Senate, Senator Ovie Omo-Agege has condemned the alleged gruesome killing of Joseph Pessu by men of the Nigerian Army enforcing the stay at home order of the Delta State Government.

Pessu, an Itsekiri youth, was reportedly killed by a soldier in Warri on Thursday by a team enforcing the COVID-19 lockdown directive of the state government.

Describing the incident as extra-judicial killing, Senator Omo-Agege called for the arrest and prosecution of the culprit (s) to serve ad deterrent to others.

Omo-Agege, who spoke directly with the Army and Police authorities in the state, called on all citizens of the state to desist from taking the laws into their hands as being reported in some quarters.

He said he has tasked the authorities to fish out those responsible and punish them in accordance with the laws of the land.

According to him, even if the deceased had flouted the order of the state government to stay at home, the best approach was to apprehend and hand him over to the police for prosecution.

While calling on security personnel to always maintain the rules of engagement as they enforce the lockdown order, he called on youths to exercise utmost restraint.

"I condemn in strong terms the extra-judicial killing of Joseph Pessu by men of the Nigerian Army. And call on the Army authorities to fish out the culprit (s) and hand them over to the Police for prosecution.

"Those who are authorised to bear arms  in defence of the nation ought to understand that this comes with responsibility especially when human life is sancrosant. The killing in Warri today is one too many as the issue shouldn't have led to what, in my opinion, amounted to extra judicial killing of yet another future hope of this country.

"I have heard that the Army has arrested the soldier that shot the deceased, it is my belief that thorough investigations would be carried out and adequate punishment would be meted out to those involved in the heinous crime.

"Yes, we are in strange times and nerves are high with all the issues sorrounding the COVID-19 lockdown in the country. Be that as it may, there are better ways of making Nigerians to obey the government's directives without the resort to violence or extra judicial killings by law enforcement agents.

"My prayers are with the family and loved ones of the deceased. I hope those who are quick at pulling the trigger would learn from this and adopt strategies that would foster mutual understanding between them and those they are tasked to protect. In their bid to save the lives of the Nigerians, it would be  a depressing twist of fate for them to be listed among those contributing to the list of the dead in this challenging period globally," he said.