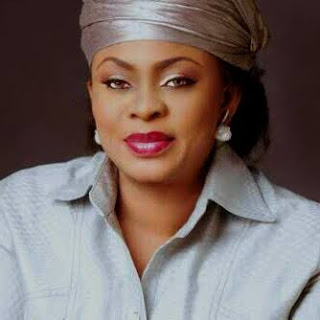 The two roads are the most strategic in the area as they  connect Atani road leading to Senator Odua's ancestral home and Onitsha-Owerri Expressway.

However, the administration of  Governor Willie Obiano abandoned the roads in spite of outcry by the citizens especially Okpoko residents and human rights community who protested over deplorable condition of the roads

The chairman  said three bankers have lost their  lives due to  the deplorable nature of the roads when they were sweeps away by rampaging floods at the closure of their work.

He said articulated vehicles once fell on a tricycle, which killed the operator and a pregnant woman instantly.

Recently, said the chairman, it was learnt that Senator Oduah had planned  to rehabilitate the two roads to make them accessible to the users.

"We commend the distinguished Senator for this gesture. We urge her to strive to complete the roads before Yuletide. She should also extend this gesture to other roads in her Anambra North Constituency especially Onitsha" he said.

Some of the roads, he said, that should attract the attention of the Senator in Onitsha include  PortHacourt Road, Niger Street to Main Market, Iweka Road, Orlu Street by Arondizugu Street, Ochanja by Zik Avenue among others.

The managers also asked Senator Oduah to  also install at least 10  standard entrance gates at Fegge to save it from criminals who rob with tricycles and motorbikes.

He said these gates  if credibly done, can reduce criminal activities in the area   to the barest minimum and the Senator would have etched her name  in gold.

He said the ward managers were asked to submit their account numbers  to respective Local Government chairmen, but sources said the intention was purportedly plot by her to use the account numbers to trace their addresses, identity and arrest the leadership of the Ward managers for being critical of the Senator for abandoning  them after working for her during her previous elections that saw her into the Senate.

"We hope it is not so, but we warn that the Senator would be held liable if anything untoward happens to the ward managers" he warned.