Shell to cut 9,000 jobs in Nigeria, others due to oil price crash as it shifts to clean energy 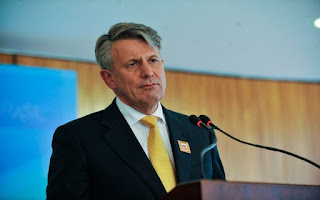 The Royal Dutch Shell Plc has revealed plans to cut thousands of jobs globally, including in Nigeria.

Anglo-Dutch giant, Royal Dutch Shell Plc, has concluded plans to cut as much as 9,000 jobs globally, including Nigeria, as part of its cost-cutting measure due to the crude oil crash and the oil firm’s move to overhaul its business to embrace clean energy.

The oil and gas giant, which employed 83,000 workers at the end of last year, expects to save up to $2.5bn annually from the cost-cutting plan that includes shedding between 7,000 and 9,000 employees before the end of 2022. This represents as much as 11% of the workforce that includes about 1,500 people taking voluntary redundancy this year.

The global staff-cut comes as Europe’s largest oil company prepares to invest more in a low-carbon energy future while battling the market fallout of the coronavirus pandemic, which has slashed demand for oil.

The Chief Executive Officer of Shell, Ben van Beurden, in a statement said, “We have to be a simpler, more streamlined, more competitive organization. In many places, we have too many layers in the company: too many levels between me, as the CEO, and the operators and technicians at our locations.”

The Shell boss admitted that although this is an extremely tough process as it is painful knowing some staff have to go, however, they are doing this because they have to and it is the right thing to do for the future of the company.