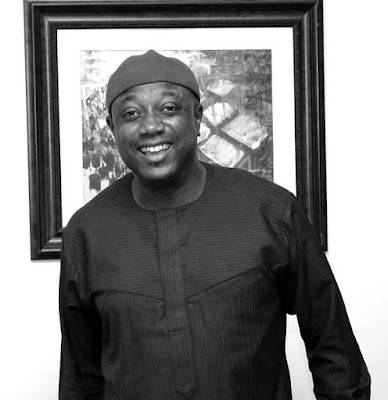 All roads will lead to Umuelemai, the headquarters of Isiala Mbano LGA of Imo State as the APC Candidate for Imo North Senate Election, Sir Frank Ibezim, is billed to flag off his pet project of illuminating all the communities without light, in Okigwe zone through the Rural Electrification Agency, Federal Ministry Of Mines And Steel Development.

In a statement made available to Nigerian Notch by, Hon.Irouno Chukwunonye, Director, Media & Publicity of Sir Frank Ibezim's campaign team, stated that to ensure a smooth and unhindered takeoff,a team of Engineers led by Engineer Adeleye Mathew has already arrived the state for this event and will capture all rural and unserved communities in Okigwe zone billed for this destiny changing project.

The statement further read that "Indeed, this is a dream come through for Frank Ibezim and Okigwe people of goodwill and positive consciences as it will not only change the narratives of the zone's backwardness but become a quantum leap to the much desired turnaround and socioeconomic revolution of Okigwe zone"

"This is a good omen worthy of all celebrations and commendations.

Continuing, Hon Irulo stressed that this is just the very beginning of the numerous good tidings awaiting Okigwe people after October 31st 2020 through Frank Ibezim, when he finally emerges as the senator elect by the people of Imo North.

The time for today's flag off is 10am, at Umuelemai, the headquarters of Isiala Mbano LGA of Imo State.