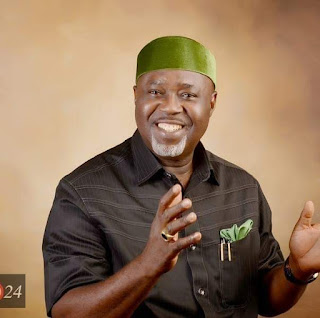 Facts speak for themselves. And that is what we present at this auspicious season of the first year anniversary of Chief Dr. George Nnadubem Moghalu, as the Managing Director of National Inland Waterways Authority.

At moments of a  commemoration like this, it is for a clarion call for a detailed evaluation of the immensity and profundity of efficiency and effectiveness. Also, it is a time for reckoning, and accounting for stewardship. This is usually of two phase; at the introspective level and at the communicative level in order to determine the extent events have advanced.

Without any shred of doubt, for Chief Moghalu, everyday is usually like judgment day, in which he gives account of his works and aim to improve and develop the country’s inland waterways.

Practically, he works day and night, spending himself and being spent for that singleness of purpose which is to serve God and man. His life is characterized by sharing values, transmitting faith and giving life. The result is the springtime of total retooling and refocusing of NIWA, in line with the diversification agenda of President Muhammadu Buhari led administration. Apart from his sympathetic concern for humanity which evinces his giant strides as a man with a heart for all in this socio-economic and humanitarian induced national assignment, Chief Moghalu has totally rehabilitated and transformed NIWA the same way he handled different positions entrusted to his care, thereby giving a touch of modernity and excellence to the frontline parastal of the Transport Ministry. Today, he has embarked on a vigorous rehabilitation, reconstruction, renovation and completion of various projects of the Authority.

The undeniable achievements of Ohamadike as he is fondly called are sterling, stupendous and surpassing, out-pacing his chroniclers in his managerial acumen and leadership endeavors. In short, it has been so far so good!

Recall last year when he assumed the position of Managing Director, as a son of the soil, he made a firm promise to complete and get ready the Onitsha Dry Sea Port before the end of year, 2020.

Today, that promise has been kept.

It is worthy of note to recall that the functioning of full speed and capacity of the Onitsha Dry Port will reposition the eastern region economy and improve the GDP of the country as well as offer numerous economic benefits from employment generation to shipping and port activities.

And pushing this laudable programme of human capital development further, it is interesting to note that Chief Dr. George Moghalu has reiterated on his readiness towards ensuring that other ports such as that of Calabar, Port-Harcourt, Sapele, Warri, Escravos, Forcados and Onne will run at optimum capacity just as in the case of Onitsha River Port. For the Nnewi born administrator per excellent, this is a task that must be accomplished.

As the Managing Director, a lot of the infrastructure projects fall within Moghalu’s purview. And has he done the needful? Plenty, I tell you!

When he was sworn in about a year ago, precisely October 8th, 2019, he was given performance mandates.

So, what has Moghalu delivered so far? His impact so far shows that of a decent, competent, committed leader.

Among other things, as earlier explained, Onitsha Dry Sea Port has roared to life, after many decades of promises. Today, it has been commissioned and will commence full operation by the first quarter of 2021. The only hindrance is the completion of the concession process, of which the Authority has entered into agreement with Connect Rail Services Limited to kick start the lifting of goods from the port to other places in the country.

Earlier this year, In June, 2020, there were boat mishaps at Benue and Lagos states respectively. This was so saddening to the NIWA boss, as he commiserated with the people, Government and families of the victims. But the time also provided the rare opportunity to showcase Chief Moghalu’s leadership credentials, with the acknowledgement that he is an achiever and a man with the great axiomatic Midas touch, an uncanny ability to excel in everything he does.

Coming in the week that followed the boat mishap, the NIWA boss commissioned a 36 Seater Ferry Boat at Yelwa-Yauri, Kebbi State. Thereby stating the importance of water transportation for the facilitation o of cargo movement and personnel in strengthening Nigeria’s economy, and at the same time exploring tourism potentials of water transportation.

In addition to the aforementioned, it is imperative to note that more ferries are on their way coming, one from Lagos and the other from China, to boast the nation’s water transport system. And more Jetties are being built round the country with viable ferry terminals.

Our waterways are undergoing optimum clearing of water hyacinth/removal of wrecks and the development for the benefit of the people.

Today, issues relating to maritime security and safety, capacity building and enforcement of security protocols, to reduce the carnage on the nation’s waterways are now being handled effectively and efficiently because a just man is at the helm of affairs. As the Good Book says: When the righteous are in authority, the people rejoice!

-Ensured adequate security and safety on our waterways for improved water transportation through adequate collaboration and synergy with sister agencies like the Ministry of Transport, NIMASA, Nigeria Navy, etc

-Dredged a number of slot and approved designs for qualified operators for the  construction of inland river crafts.

-With the use of a number of vessels, especially with the newly acquired ferries, operated ferry services (for economic goods and passengers) and running cruise boats (for tourism and leisure).

-As part of marine services, Chief Moghalu inspired NIWA is removing derelicts wrecks and other obstructions from our inland waterways.

-Offering engineering services such as construction of inland river-ports and jetties.

Indeed, the past one year in office as the M.D, Chief Dr. George Moghalu has given good account of himself, and the auguries are just too good. The years ahead will still be written in gold, by the grace of God.