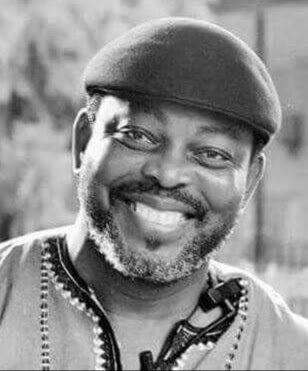 Award winning poet, Mr. Chijioke Amu-Nnadi, has been elected Chairman of Nsukka Journalists Foundation (NJF) alongside other members to pilot the affairs of the foundation for the next three years as the executive committee arm of NJF.

Amu-Nnadi pulled a total of 51 votes to emerge victorious ahead of Prof. Nick Idoko who scored 2 votes while one of the Vice Chairmanship candidate, Obioma Ogili, stepped down for Amaka Ukwuaba of NTA, who was declared winner as an unopposed candidate.

The said election was part of the programmes of the year 2020 Annual Convention of the Nsukka Journalists Foundation (NJF) which was held on Friday, October 2, 2020, at Jerry Marriot Hotel, Nsukka, under a convivial atmosphere, with members from across the country in attendance.

The Convention started by 10am with the safety and health measures established to observe Covid-19 protocols in place.

It will be recalled that the Nsukka Journalists Foundation has been operating with an interim executive led by Prof. Nick Idoko since 2018 when it was founded.

The candidates who indicated interest to vie for the different executive positions advertised by the electoral committee on the NJF WhatsApp platform were made to purchase expression of interest form and also present manifestoes as requested by the Electoral Committee, led by Mr. Aka Eze Aka, in line with the rules and regulations guiding the elections.

The electoral committee conducted the elections in an orderly and peaceful manner, observing the principles of equity, justice and fairness to make sure that the seven local government areas that make up Nsukka Cultural Zone were accommodated by producing at least a member in the executive committee.

Meanwhile, in appreciation of the unwavering support of His Excellency, Governor Ifeanyi Ugwuanyi, in building the Foundation and developing Nsukka Cultural Zone, members present at the convention unanimously approved his appointment as the Grand Patron of Nsukka Journalists Foundation (NJF).

In his acceptance speech, the newly elected chairman, Mr. Chijioke Amu-Nnadi, commended the members of NJF for finding him and other members of the executive committee worthy to pilot the affairs of the foundation.

According to the Chairman, it wasn't long he presented to the house by way of manifesto what he thinks should be the way forward of the foundation adding “Today by the grace of God, I have been elected to actualize that vision. I am not good at making speeches but one of the major task of the new leadership will be to unite ourselves so that we will have one voice in our operations.

“To this effect, I sincerely commend the effort of Prof. Nick Idoko whom we should apologize to for whatever that has gone wrong in the foundation. We need him so much on our side as a senior brother who has gathered much experience in leadership and development.

“Our affairs will be open. Our affairs will be transparent. You will know what is coming in and what is going out. We are going to ensure that every member of this foundation is effectively carried along in terms of welfare. We can use NJF to attract a lot of development to our people and cultural zone.”

In his words of advice, the spokesman of the President General of Ohanaeze, Mr. Emeka Attamah, said that NJF has come to stay adding that all that transpired before and after the election were indications that NJF is making progress.

Attamah said, “I don’t believe in sectionalism. If you do wrong, I will say it to you. I want the present executive committee to reach out to our brothers who couldn’t make it to this convention due to one thing or the other.

“I have read virtually everybody’s post and I am sure that we are great people. Therefore, I advise us to think very well before we write and think before we post anything on our WhatsApp platform.

Also speaking, Mrs Obioma Ogili, who stepped down her ambition for the office of the Vice Chairman of the foundation, thanked all the members for the peace of mind and manner with which the election was conducted.

Ogili however urged members of the foundation not to go back to Egypt and pleaded for tolerance as leaders adding, “Let us condole some of our excesses. It is our duty to work for the progress and welfare of Nsukka zone. Nsukka is known for love therefore let us as members support the new executives.” She added.

The interim Vice Chairman of NJF, Mr. Harrison Ogara, in his remarks, said that the powers of NJF lies with the members noting that if the newly elected executive committee fails to render quality and people oriented service, “We will take back our mandate from them.

“All I know is that if you don’t have Ahithophel in your midst, you will succeed.”

The Chief Press Secretary to the Governor of Anambra state, Mr. James Eze, in his advice, urged the newly elected executives to work towards the actualization of the objectives of the Nsukka Journalists Foundation adding that whatever that transpired during and after the elections should not be allowed to drag the foundation backward.

The Chairman of the BOT, Mr. Ike Abonyi, blamed the challenges experienced by the foundation on the members adding, “We are all liable to whatever good or bad that has happened to this foundation and the only thing required of us now is to come together to move this noble foundation forward.”

Others who also gave their words of advice were the immediate past Executive Chairman of Igbo-Etiti LGA, Mr. Mallachy Agbo, Dr. Aniebo Nwamu among others.

The high point of the convention was the inauguration of the new executive committee by the Chairman of the Board of Trustees, Mr. Ike Abonyi and also a cultural performance by Ikorodo Orba, which was invited to entertain the members at the annual convention and the Governor who was billed to attend the convention but was unable to attend.