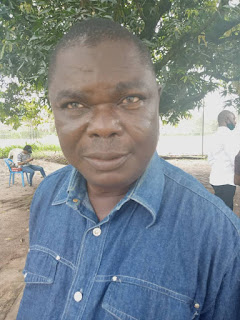 .........Tasks Heartland management to live up to expectations

The Sports Writers Association of Nigeria(SWAN), Imo Chapter has hailed the bold move of the Governor of Imo State, Senator Hope Uzodinma in appointing an interim Management Committee for Heartland FC and thus brought to a halt the lingering leadership crisis in the club.

In a statement made available to this newspaper reads thus " It's pertinent to recall that Heartland FC have been in the news for the wrong reasons lately with the tussle over the identity of who leads the club,thus  threatening the existence of the club that had once brought laurels, honour and pride to the state in the past right from when it was formed as Spartans FC before the change in nomenclatures to Iwuanyanwu Nationale FC and Heartland FC."

The statement further stated that "this prompted members of the State SWAN as critical stakeholders to issue a press statement alerting Governor Hope Uzodimma on the danger and also informing  him on the need for him to immediately intervene, resolve the crisis and pronounced the status of the club's Management and Board.

To further demonstrate their crusade to save the state darling club from extinction as LMC and NFF axes were already dangling on the club, Imo SWAN followed up their advise to the Governor with courtesy visits to relevant government officials, sports administrators and sports philanthropists in the state on the bold need for their interventions.

They said that they are pleased that  Senator Uzodimma  as a listening Governor, few days ago responded to our clarion call by  the appointment and inauguration of the seven man Interim Management Committee for the revered Naze Millionaires with  Barr.Charles Ezekwem (Ikemba) as Chairman and Mr. Ifeanyi Chukwudi as General Manager.

SWAN Imo state chapter, in a press statement jointly signed by the Chairman, Everest Ezihe and Secretary, Tunde Liadi enjoined the newly formed Heartland Interim Management Committee to get to work immediately and strive to comply with the directives of the Imo Government to revamp the club and make it the envy of others in the country just like it was in the recent past.

They called on them to imbibe the spirit of patriotism, brotherly love and enthrone unity of purpose as strategic management tools for them to achieve the set objectives of the Shared Prosperity and 3 R administrative mantra of the State Government.

It's important to remind them that Imolites and Nigerians at large are not prepared to take any excuse for failure and we as Sports Journalists have assured them that our watchdog role remains the tenets of our profession.

They further appealed to the State Government on the need to expedite actions towards the payment of the backlogs of debts owed the players and its officials so as to enable the new Management Committee  to take off seamlessly.

Moreso, they said that paying the debts owed the team and also ensuring that the club meet up with the club licensing requirements should be given utmost priority as the clock ticks away towards the return of contact sports and start of the Nigeria Professional Football League thereafter.

SWAN Imo chapter , also admonished the Imo State Government to ensure that each member of the Heartland Management Committee has terms of reference to work with so that there won't be  need for friction (s) often caused by overlapping of roles.