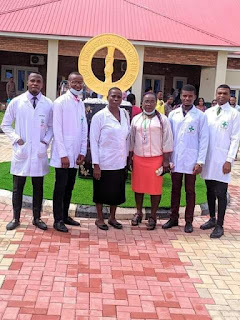 In a statement made available to this newspaper, by the Head of Strategic  Communications, Hon. Kamen Chuks O, to Senator Dr Patrick Ifeanyi Ubah reads thus " this is to formally inform Ndi Anambra as well as other residents especially our people  residing in Anambra South Senatorial District , that the above mentioned hospital built and commissioned a few weeks ago by the Anambra Progressives Union ably convened by the Most Distinguished Senator representing Anambra South Senatorial District, Senator Dr Ifeanyi Ubah has commenced full medical services at the facility in the permanent site in Akammiri."

The statement further stated that "It may interest you to know that prior to yesterday, the teaching hospital  has been operating solely  from the  temporary site while the permanent site which already boasts of some structures were yet to be put to use over the years with the management citing paucity of funds as well as lack of adequate medical equipments to be used in furnishing the permanent site as some of the reasons for its delay in moving to the permanent site." 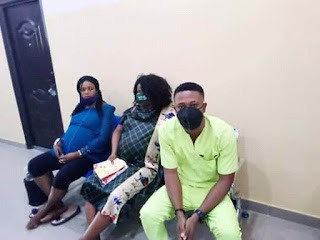 Continuing, he said that, "this auspicious and proactive move by the management of the hospital by putting the newly built and equipped medical facility to immediate use is a laudable one worthy of commendation as it immediately avails our people with the much needed access to medical succour .

He averred that the great sons and daughters of Anambra in their hundreds who rose to the occasion the moment they heard the clarion call by the distinguished Senator Dr Ifeanyi Ubah and pooled funds together to achieve this great medical intervention for our people also deserve huge commendation. 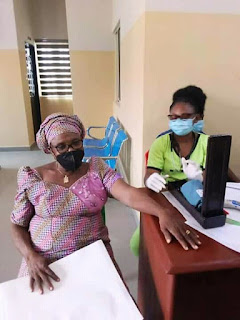 It was gathered by our correspondent in Nnewi who monitored the start of work at the permanent site, that there was huge turn out patients who trooped to the medical centre yesterday, a move that made a loud statement about the lacuna in medical services in the area, which by this goodwill gesture of Senator Dr Patrick Ifeanyi Ubah has brought succour to the people.

He stated that efforts are also ongoing to secure a suitable site for a replica of the Medical Facility for  the people of Anambra North as we all know the circumstances surrounding our previously ongoing hospital project in the State owned College of Education Nsugbe.

It is expected that once both hospitals  becomes operational, the existing decay of the medical sector in the state would have been greatly addressed, the statement concluded.