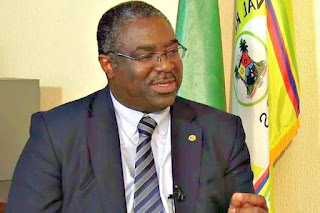 The former Chairman of the Federal Inland Revenue Service, Babatunde Fowler, on Monday returned to the Lagos office of the Economic and Financial Crimes Commission for questioning over his alleged involvement in financial misappropriation of funds under his watch.

According to reports, a fresh N9.2bn was found in Fowler’s personal account from Lagos Inland Revenue Service and Alpha Beta consult in which a former governor of Lagos, Bola Tinubu, had also been fingered.

Recall that the former FIRS boss was on November 2 invited for questioning by the EFCC over a N5bn fraud hatched in the agency under his supervision.

Earlier, nine senior officials of the agency were detained by the EFCC over alleged multi-billion naira fraud in 2019.

Babatunde Fowler was dismissed by President Muhammadu Buhari in 2019 after a query for worsening tax revenues since 2015.

He was also accused of a lavish lifestyle, sponsoring extravagant parties and concerts in Lagos, poor corporate management structures at the FIRS, poor audits at the FIRS, high handedness in office, diversion of funds, open corruption and awarding contracts to unscrupulous elements and cronies.

He was still being questioned at the Lagos office of the anti-graft agency as at the time of filling this report.