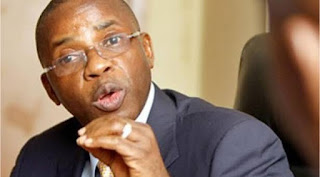 A High Court in Owerri Imo State has struck out an application by Chinyere Amuchinwa (née Igwegbe), against the hearing of Chief Ohakim’s fundamental rights case against her and the Nigeria Police Force.

In the application, Lady Amuchinwa, who accused Chief Ohakim of some wrongdoings for which Ohakim had sued her, applied to the court to refer Ohakim’s case against her from the High Court to the Court of Appeal. The originating case bears Suit No HOW/717/2020.

However, Barr Aloy Ejimakor, the counsel to Chief Ohakim, argued that the case before the court concerned enforcement of fundamental rights, and not the interpretation and application of the constitution.

The presiding judge, Justice I.G. Chukwunyere, upheld Ejimakor’s arguments and ruled that, “This application is pre-emotive and is therefore refused. The application fails and is accordingly struck out.”

Recall, that Chief Ikedi Godson Ohakim had slammed a N5bn libel suit against Lady Amuchienwa, née Igwegbe. The suit is premised on an alleged interview granted by Amuchinwa, which Ohakim claims ‘is defamatory and falsehood’ against his person.

In the suit, the former governor prayed the court to declare that allegations contained in the interview as published in the medium ‘are slanderous, libelous and defamatory’.

He also prayed an order of the court compelling the accused to retract the allegations by granting another interview to the same medium, and to also retract the audio by countering her earlier claims, and circulate same through the social media, including, particularly the WhatsApp.

Ohakim, in the suit marked HOW/888/2020 filed before the Imo State High Court, further urged the court to: “Order perpetual injunction restraining the accused from further and forever uttering the said slanderous and libelous words about or concerning the plaintiff.”