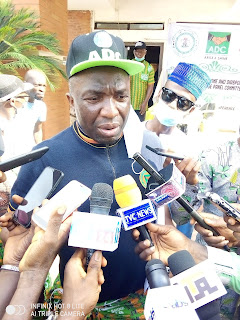 The African Democratic Congress yesterday 1st May 2021, held it's state congress to elect party officers to run the affairs of the party for the next 4 years.

While delivering his keynote address the state chairman of ADC, Comrade Patrick Obianyo(JP) stated that the congress of ADC is unique in many ways, because it is coming at a critical period in the political history of Anambra state and Nigeria in general.

He stressed that all over Nigeria, there are calls for serious leadership and how we have arrived at this sorry state in the history of Nigeria. He further lamented that our socio political and economic systems are crumbling at an alarming rate with no solution in sight.

He however stated that with the congress of ADC done and dusted that the party is poised towards making Anambra state the ijele if Africa with an ADC governor steering the ship of leadership in the state. He stressed that with ADC in power, Anambra will witness rapid and massive industrialization, which will pave way for the employment of youths who will be engaged in agriculturual potentials of the state.

Adding his voice, a frontline Governorship aspirant in ADC Hon Afam Ezenwafor ( Afamation) said that ADC is a party to beat in the upcoming Governorship election in the state going by the fact that the youths are solidly behind the party in all the 326 wards in Anambra state. He said that the party having successfully held there congress is braced to move into the nooks and crannies of the state to drive and sensitize the people on the need to support a grassroots oriented personality as the next governor of Anambra state. 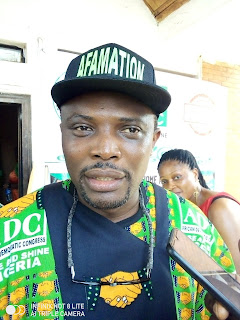 He however affirmed that ADC is in support of the fact that the Governorship of Anambra state should go to Anambra South the reason he is running for the position of govenor and is hopeful that by 6th of November 2021 Ndi Anambra will elect him as the next governor.

He therefore called on Ndi Anambra to support ADC towards the Journey of moving to Agu Awka come 6th of November 2021 as ADC remains the party to beat in the upcoming Governorship election he concluded.