Unknown gunmen arrested in Imo, after Uzodinma promised to chase them out 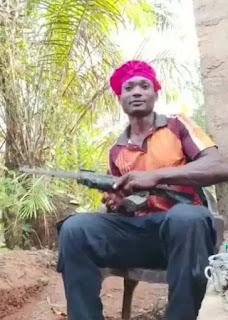 An investigation by Vanguard yesterday revealed that over twelve unknown gunmen have been arrested in Imo state, linked to the series of attacks on police formations and Owerri Correctional Center.

Vanguard gathered in Owerri, that the arrests started with the bursting of one of their camps four days ago, in Oguta local government area of Imo State, by security operatives.

This followed another of the unknown gunmen, arrested in Ihitte Uboma Local government area, whose name was given as Izuchukwu Ohaeri.

Furthermore, Vanguard was told that arrests have been made in their different camps and meeting venue from where the unknown gunmen take off to carry out their operations of killings and burning of police stations.

According to a police source, explained to Vanguard that, “On 17/04/2021 at Ihitte Uboma local government area at about 02:26 pm, operatives as a follow up of an attack on correctional centre and police headquarters in Owerri on the wee hour of 05/04/2021 arrested one Izuchukwu Ohaeri, aged 31 years, his from Isiwenke, Amakohia in Ihitte Uboma local government area of Imo state.”

The police source alleged that “He is a strong member of the group who has been killing security agencies personnel and burning their vehicles as well as police stations. He has confessed to the crimes committed.

“The arrested was made days after they murdered two policemen at Umutanze in Orlu local government area of Imo State, on 05/01/2021.”

Another source who spoke to Vanguard said: “The security operatives have been doing a lot since four days ago, they have been identifying these so-called unknown gunmen. Many arrests have been made over 12 of them have been arrested in connection with the killings and burning of police stations. This is why you see somehow the relative peace we are experiencing in the state.

“In the next few days, I know that there will be a lot of improvements in the area of security. Going by the arrests of these unknown gunmen in different local government areas.”

This is coming at the h s of the state government declaration that the perpetrators of these heinous crimes in Imo will be exposed in hours.