Insecurity: SaMBA requests Buhari as a matter of urgency to Identify and arrest sponsors of “unknown gunmen” in the South-east 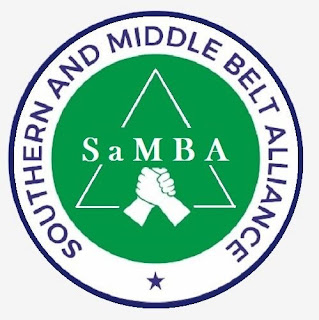 The Southern and Middle-Belt Alliance (SaMBA) has called on President Muhammadu Buhari and all south-eastern governors to as matter of urgency identify and apprehend the sponsors of the “Unknown Gunmen” in the region.

Insecurity: SaMBA requests Buhari as a matter of urgency to Identify and arrest sponsors of “unknown gunmen” in the South-east

The group in its statement issued on Monday and signed by its Spokesman, Prince Rwang Pam Jnr. appealed to President Buhari to take immediate steps to tackle the growing menace of violence in Anambra and the entire South-East region.

SaMBA whilst commending the Nigeria Army’s proactive action against insecurity as it plans to commence three security exercises nationwide code named ‘Golden Dawn, Enduring Peace and Still Water’, further advised the soldiers to conduct these exercise with restraint and respect the  human rights of civilians.

The statement reads, “Recent activities of the so-called “Unknown Gunmen” in Anambra state and the South-East in the past few weeks call for concern among peace loving Nigerians as the Federal government has failed in its responsibility to protect lives and properties of citizens.

“Scores of lives have been lost and government and private properties worth billions of Naira has been destroyed.

"The right to life is fundamental and basic right and it’s so entrenched in the 1999 Constitution of Nigeria (as amended) in Sec 33, which clearly states “that every person has a right to life and no one shall be deprived intentionally of his life, save in the execution of the sentence of a court in respect of a criminal offence of which he has been found guilty in Nigeria.”

Likewise, Section 14 (2b) states that “the welfare and security of the citizens shall be the primary purpose of government.”

“This government has failed in that duty and continues to fail until it fulfils its responsibility to all Nigerians.

"It is heart breaking that recent happenings in Anambra state and the South East at large has breached this right. If the federal government cannot guarantee the security of lives of its people, which is on the Exclusive list, it is well advised for the National Assembly to amend the Constitution and place Internal security in the concurrent list to enable governors become effective chief security officers in their respective states.

"We therefore directly call on President Muhammadu Buhari to fish out the sponsors of the so called “Unknown Gunmen” in South East and bring to them to justice without further ado.

“We further call on the Federal government to urgently investigate allegations that the current upsurge in the criminal attacks in Anambra state has to do with the forthcoming Anambra state gubernatorial elections on November 6, 2021.”