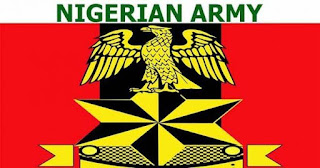 Three people , including an escapee from the Owerri Correctional Centre were feared dead  when soldiers clashed with  bunkers in Izombe area of Imo state. Two of those who allegedly lost their lives are believed to be soldiers.

Vanguard gathered that it started  at about 12:30 pm,   and  created serious tension within the Izombe community and neighbouring communities.

The clash also claimed the life of one of the members of the community whose name was given as Obele, believed to be one of the  1800 inmates who were forcefully released  from the Owerri correctional centre early this year by gunmen

Vanguard was told that  trouble  started when some boys identified to be into oil theft had an encounter with the soldiers from where it allegedly resulted to burning of vehicles and houses.

Stories surrounding the incident, according to a source from the community said: "Those boys are not happy the soldiers want to stop them from doing their business of oil bunkering. So, some of them now clashed with the soldiers and killed about two of the soldiers and burn their vehicles."

He alleged "These soldiers now called their men. They came to attack the boys and we started seeing burning of vehicles and houses. For now, this is what has happened and everybody is in fear. Many of us have jumped out from our houses and hid somewhere to avoid the attack."

At the time of filing this report,  the Imo state Police Public Relations Officer, PPRO, Mike Abattam, confirmed there was an incident in the area but said he was not with the details and the Police will carry out an  investigation to find out what happened."