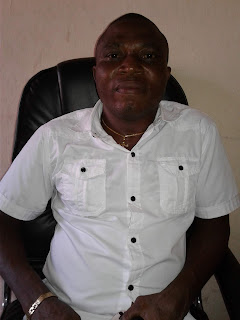 Nwogu Christian Nwankwo,(Okiri Too Much) has emerged  winner of the keenly contested election of Nnewi/Onitsha brothers Union, the major transport union plying the Nnewi/Onitsha route axis in Anambra state. He defeated his closest rival with 193 votes to 58 votes.

The election which took place at Ichi yesterday came with many interest's but the major interest was to elect a chairman who will represent the interest of the majority, reason why all drivers on that route came out in their numbers to perform their constitutional rights as members of the Union.

The election by all standards was free, fair and credible as the process was transparent, which even made losers to congratulate winners.

Speaking to Nigerian Notch after the election the returning officer for the election Chief Emma Ukatu thanked God for the wisdom given to them to conduct a successful election.
He thanked members of the union for the way they organized themselves, and called on the winners to be magnanimous in victory.

The newly elected Chairman of the Union, Comrade Nwogwu Christian Nwankwo while speaking with Nigerian Notch thanked members of the Union for electing him to represent them for a 3 years tenure. He stressed that his administration will be an open door policy driven administration, which will allow everyone to participate in it. He however opined that the next 3 years will be to wipe the tears of drivers plying the Nnewi/ Onitsha route so that the illegal levies tasked the drivers to pay will be stopped.
He assured the government of Chief Wille Obiano that the Union under his watch will ensure that the activities of crime and criminal behavior among members of his union will be exposed. He therefore promised to work hand in glove with Anambra state government to ensure there is harmony on the state.
Adding his voice Aloy Onu a one time past chairman and a major stakeholder in the Union, thanked members of the Union for the way and manner they conducted themselves throughout the process of the election. He called on them to support the new administration to help them achieve what they promised them during campaign.
The Vice Chairman elect of the Union, Eze Ugwidike while speaking with Nigerian Notch was however elated that the process went on free and fair. He thanked members of the Union for finding them worthy to be elected into position of authority and promised that they will never let them down. He said that the next 3 years will be eventful as they will do everything within their ability to bring smiles to the faces of their members, which is the main reason they were elected to serve.
Email Post