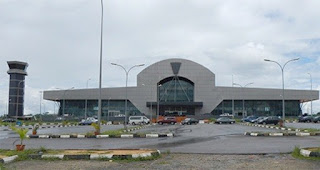 As part of it’s efforts to upgrade the Asaba International Airport, the Delta State Government has announced the successful installation of the Instrument Landing System (ILS) at the airport.

Mr Charles Aniagwu, Commissioner for Information, disclosed in a statement in Asaba that with the successful installation of the system, bad weather reports would no longer affect the operations of aircrafts flying into and out of the airport.

He said that the airports would soon solve the problem of landing at nights with the ongoing installation of the Air Field Lighting systems.

According to him, when completed, the airport would be able to operate at night without hitches and thereby allowing it to operate safely for 244 hours.

“The Asaba International Airport has the capacity to become a major hub for local and international flight operations.

“I call on the relevant regulatory authorities to give the necessary approvals for the operation of Boeing 777 and other bigger airplanes in and out of the airport”, the commissioner stated

He commended Governor Ifeanyi Okowa for his commitment towards ensuring total upgrade of the airport, and make it an aviation hub in the region.