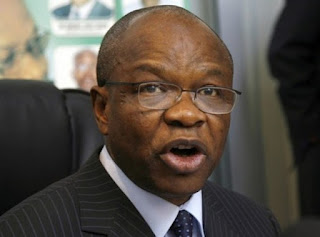 A former chairman of the Economic and Financial Crimes Commission has been arraigned in court.

The Economic and Financial Crimes Commission on Thursday arraigned a former Chairman of the Independent National Electoral Commission, Prof Maurice Iwu, for an alleged fraud of N1.23bn, Punch Metro reports.
Iwu was arraigned on four counts before the Federal High Court in Lagos.
He pleaded not guilty to the charges.
While adjourning till Friday to take his bail application, Justice Chuka Obiozor ordered that Iwu be remanded in the custody of the EFCC.
Email Post