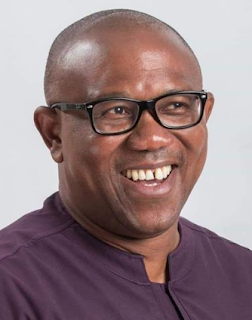 The Vice Presidential candidate of the PDP, Mr. Peter Obi has not been denied visa by any embassy in Nigeria. This was disclosed in a statement by his Media Adviser, Mr. Valentine Obienyem.

Obienyem who  was reacting to the news circulating on social media, said  that the irony of the falsehood was that Obi was presently in the USA on the invitation of highly-placed officials who were supposed to have denied him the said visa.

“Obi is a good brand such that organisations and countries are satisfied to associate with him because he has proven to be  a highly responsible person/ politician.  Those peddling the rumour are the same people that are exasperated by the honour coming his way and are desperately trying to associate his name with one crime or untoward action not purely out of hate, but out of the desire to prove that he is after all human and can sin a little. Regrettably for them, Obi will not be caught in the web of their wickedness and intrigues because he is simply living his life without pretences”, Obienyem said.

Obienyem, who wondered why anybody should think in terms of his boss being denied visa, asked if it could probably be because of his superlative performance in Anambra state, which saw him leaving 75 Billion Naira in the treasury for his successor, building a teaching hospital from the scratch, paying over 37 billion naira in arrears of pension and gratuities since 1999, returning of schools to the Church and offering them massive support, attraction of industries to the state, setting aside huge sums of money for the completion of some of the projects he  started such as the Hotels in Agulu and Onitsha, the Permanent site of the NYSC camp at Umuawulu/Mbaukwu,  the Dual Carriage road from Amawbia junction to Amansea, the Shopping Malls at Nnewi and Awka, among others.

Obienyem advised those peddling such news to save themselves from what he called “psychic encumbrances”, by desisting from chasing shadows and facing edifying acts wherever they are.
Email Post