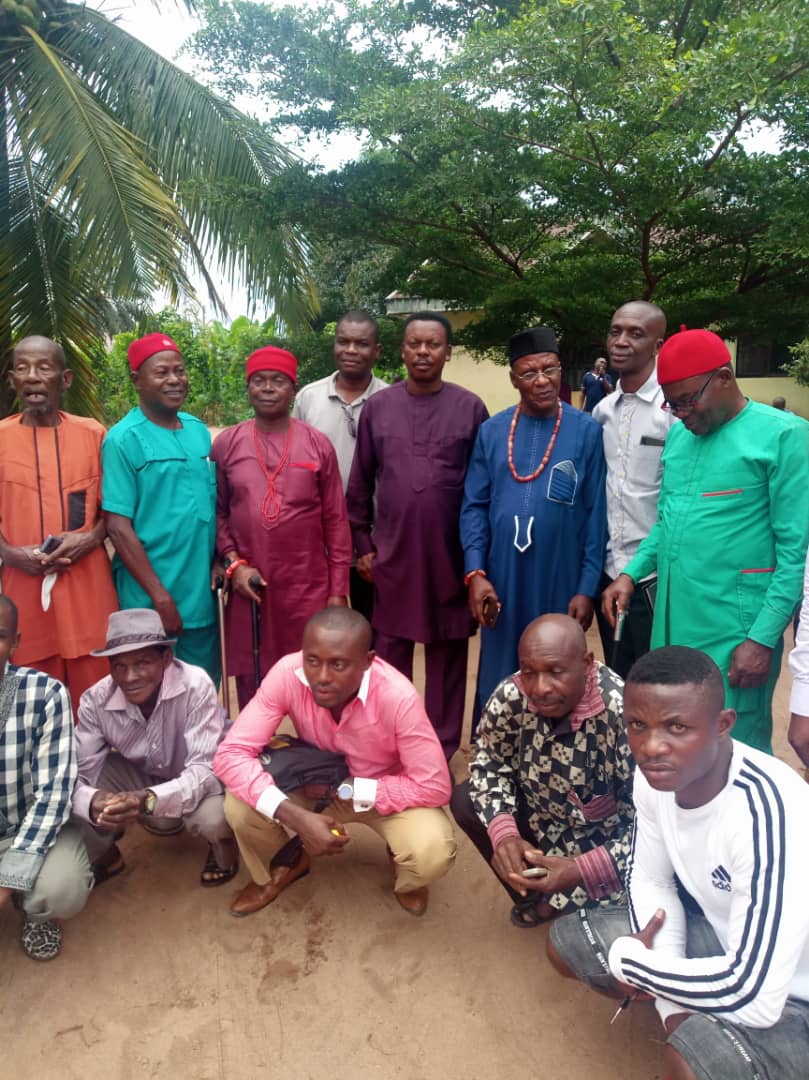 The Chairman of Ohaji/Egbema Interim Management Committee  Hon Damian Ezeru have  received in audience Etekwuru leaders and council of chiefs, in Etekwuru community of the LGA.
While receiving them in is office, he thanked them for finding time to come and felicitate with him and for their support to the government of H.E Emeks Ihedioha.
Hon. Damian Ezeru tasked the traditional council chief for their efforts that has led to sustained peace in the LGA and further tasked them to join hands with the government to see that the security of lives and property in the area is of Paramount interest to them.

The Chairman stated that there cannot be any meaningful development without security, which is the bedrock of any sustainable development.
He therefore called on them to continue in their efforts towards rebuilding Imo, which is the key element of Governor Emeka Ihedioha.
The chairman assured them of his commitments to raise some structures in all the wards in the LGA within this short period in office.

In there response the delegation led by Ezeani of Etekwuru, Eze Kenneth Okereke, thanked Hon Damian Ezeru, for his able leadership which has given them hope and promised to do their best in securing the communities to ensure sustainable development in the area.
The traditional ruler said they came to facilitate with him on his appointment and as well pledged their support to Interim Management Committee.
The traditional ruler was accompanied by the town union President comrade Chimaroke Ndukwe.
Email Post