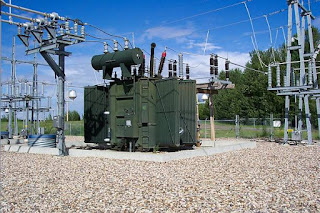 The Federal Government is considering repossession or recapitalization of 10 electricity distribution firms as one of the options to rescue the nation’s beleaguered electricity industry.
This is coming ahead of the scheduled final performance review of the private firms that bought into the distribution companies carved out from the defunct Power Holding Company of Nigeria.
However, document available to one of our correspondents shows that the Federal Government would require up to $2.4bn (N736bn) to repossess the privatized distribution assets from the core investors if it finally takes the decision.
Giving clue that it could recover the assets from the core investors, the Ministry of Power, Works and Housing in a document sighted by one of our correspondents has described the co-owners of the distribution companies as ‘failed investors.’
The distribution and generation companies carved out of the defunct Power Holding Company of Nigeria were handed over to private investors on November 1, 2013, following the privatisation of the power sector by the President Goodluck Jonathan administration.
The Transmission Company of Nigeria, which is responsible for electricity transmission, is still fully owned and operated by the government.
It was reported that 17 of the nation’s 27 power stations had been forced to shut down some of their units on the back of low demand by Discos, worsening the blackout being experienced by millions of customers across the country.

11 Discos declared technically insolvent
Total power generation dropped to 3,264.4 megawatts as of 6am on Monday, August 12 from 3,580.5MW on Sunday. It stood at 2,842.1MW as of 6am last Thursday.
Five and a half years after privatisation, the 11 Discos have been described as ‘technically insolvent.’
The ministry, in its new ‘Power Sector Policy Directives and Timelines,’ said there was an urgent need to recapitalise the Discos.
It described the inability of the Discos to improve customer service and meet operational costs as a direct consequence of their inability to raise capital.
The Bureau of Public Enterprises said in October 2018 that the five-year performance agreement with the core investors in the Discos, with the exception of Kaduna Disco, became effective on January 1, 2015 and the fifth anniversary for final performance review would therefore be December 31, 2019.
Email Post