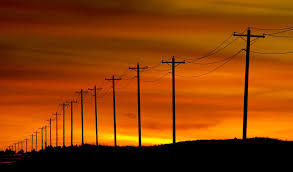 Electricity workers have suspended a strike that engulfed a major part of the country in darkness for a little more than 24 hours.

One of the major distributors in Lagos, Eko Electricity Distribution Company on Thursday morning confirmed the development and its readiness to commence business immediately.

Dear customer, National Union of Electricity Employees (NUEE) has suspended its strike. Our offices and payment channels are open for business. Thank you for your patience and understanding,” the Eko Electricity Distribution Company (Eko Disco) shared on its Twitter page on the morning of Thursday, December 12, 2019.

Recall that after a 21-day ultimatum, electricity workers embarked strike on December 11, citing unpaid severance allowances, salaries and pensions owed 50,000 former employees of the defunct Power Holding Company of Nigeria (PHCN) before the country privatized its power sector in 2013.

Comrade Joe Ajaero, General Secretary of the NUEE says: “Following the agreement reached between NUEE and representatives of government this morning, on all the issues in contention, the Union wishes to suspend the industrial action it embarked upon to press home these demands. Consequently, members are urged to return to their duty posts while we monitor the implementation of these agreements. We would not hesitate to resume action if the agreements are not implemented.”