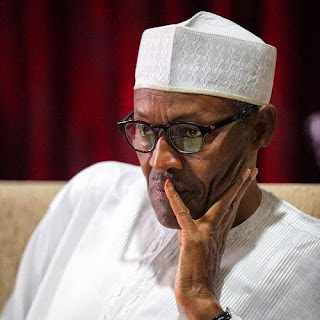 President Muhammadu Buhari has been asked to sack with immediate effect the Director General of Directorate of State Security (DSS),Ismaila Gwazo.

The Human Rights, Liberty Access, and Peace Defenders' Foundation (HURIDE),  made the call in Enugu State, in a press statement insisted that, the sacking of the DSS boss has become imperative following  his anti democratic actions and dispositions with total disregard to the rule of law and the Constitution of the Federal Republic of Nigeria.


The statement signed by Dede Uzor A.Uzor, chairman, Board of Trustees (BoT), HURIDE, the group said " in view of the glaring instances of human rights violations and other abuses  by DSS DG and his men, we  call for his immediate removal".He said Since his inception as the DG of DSS, Gwazo's  disposition and activities has shown that words  like democracy and rule of law are not in his dictionary.

He has continued to be a threat to democracy" said the group.

HURIDE said DSS under  Gwazo is known for  flouting Court  orders  as in the case  of  former Chief Security Adviser, Col. Sambo Dasuki, Elza-Zaky and now Sowore who was granted bail but was rearrested in a gestapo style in an open Court after chasing out the Judge.


The rights group described DSS DG as a threat to democracy  and rule of law and therefore should be flushed out.

"He is an agent of despotism, tyranny and autocracy.

He has bastardized and relegated our democracy to its abysmal level.
The international coommunity is making a mockery of Nigeria because of the attitude of one man" said the group.

Buhari, they said, should as a matter of utmost immediacy and urgency do away with this man to show that he was not behind his abuse of the Constitution of Federal Republic of Nigeria and the Judiciary,Dede Uzor advised.
Email Post