HURIDE Condemns coordinated jailbreak in Edo prisons frowned at the burning and killings in different parts of country. 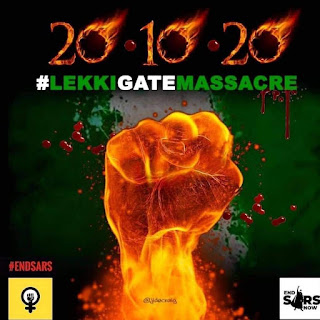 The Human Rights,Liberty Access and Peace Defenders Foundation (HURIDE) has  unequivocally comdemned  the  coordinatef jailbreak in two Benin prisons in  Edo State and wanton destruction of lives and properties by suspected hoodlums who infiltrated the  End SARS protesters.

The miscreants under the cover of End SARS protesters broke into the Prison in  Benin and set the notorious criminals free especially over 130 serving different life sentences.

These has fuelled speculation that most of the protesters are criminals who wants to use the protest to commit heinous crime by invading prison yards and forcefully releasing suspected bandits serving different jail terms in the two prisons.

The actions  of these youths, said HURIDE, were highly " reprehensible , despicable, strange,evil and against the letters of ENDSARS peaceful protest throughout the country" not done with their criminal activities, they burnt down different police stations and killed unarmed police officers and civilians.

In the statement signed  by Chairman, Board or  Trustees( BOT), HURIDE, Dede Uzor A. Uzor, HURIDE said security operatives should immediately arrest these  criminal elements and bring them to justice and they arrest police officers who killed civilians during their peaceful protest throughout the country.

HURIDE cautioned Edo youths to take a cue from Ebonyi, Anambra, Imo ,Abia, PortHacourt and other peaceful states during this   protest.

"The youths should concentrate purely on reformation,restructuring, employment, engagement of the youths among other basic infrastructural requirements in line with our statutory constitutional provisions.

We further urge the President, Muhammadu Buhari,  to immediately constitute a special commission of enquiry to look into the budgetory allocations of the Police since the advent of democracy in 1999,especially in the erea of welfare and wellbeing of Police officers throughout the country"

The  panel, said HURIDE, should  also look at the decaying barracks,police vehicles and the issue of funding, uniforms, among other things.

They  should equally look into the prompt payment of pension and gratuity of  retired police officers throughout the country,the increament of their statutory basics salaries and allowances.

The Commission, said the rights body,  should equally look into stagnancy in the promotion of officers and men,  saying that  the  statutory monthly allocation of maintenance of Police Divisions  should also be reviewed accordingly to enable them face the present harsh economic situation.