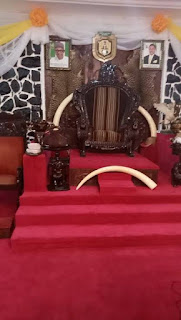 "The Igwe in Council in an extraordinary meeting held today the 18th of October 2020, reviewed your recent activities and noted with utter dismay the fact that you engaged in activities unbecoming of onye Ichie Ukpo and consequently in a unanimous decision, resolved to suspend you indefinitely as a member of Igwe in Council in Ukpo."

The statement further stated that the duo, are by virtue of the above, hereby stripped of all their positions they hold in Ukpo community.

They were however directed to hand over all cabinet property's in their possession, to ichie Nwachukwu Okonkwo, as the suspension takes immediate effect.

Attached are signed documents of their suspension. 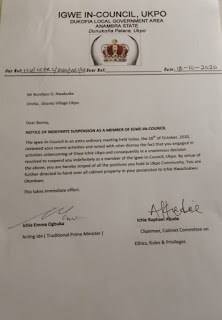 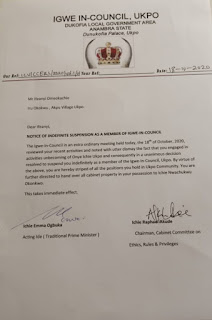