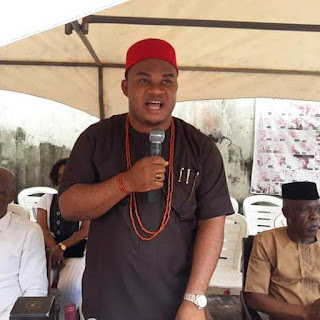 Ichie Sir Izuchukwu Nwabueze KSC PHF JP, has through his solicitors  Onyekachi Ede & Co has petition to the Police Service Commission and the Inspector General of Police against Most Revd. Alexander Ibezim (Bishop of Awka diocese and also the ArchBishop of Diocese of the Niger) and the AIG zone 13. Dan Mallam  Mohammed, Anambra state.

This is coming at the heels of the on coming fight, on who becomes the next PG Ukpo community. The battle in the community seems to be taking another dimension with lot's of blackmails, intimidation and character assassination from different quarters, all in the name of interest and who becomes the PG of the Community.

Recall, the media onslaught on Facebook, other newspapers and blogs in the country, who in the recent past tagged, Ichie Izuchukwu Nwabueze of Ukpo community, as an extortionist, who has taken money from people in the name of "Chairman Police Chaplaincy Stakeholders forum, Zone 13 Police headquarters Ukpo Anambra State".

It will however interest you to note that all these issues trended without  people asking for the root cause of the problem, without giving Ichie Izuchukwu Nwabueze a fair hearing to tell the world his own side of the story and what actually happened.

Ichie Izuchukwu Nwabueze has however opened up to tell Anambrarians and Nigerians, through his solicitors, the reason behind his sudden arrest and intimidations from the AIG Zone 13 Ukpo and his team, to the extent of Freezing his accounts, which to him, was to blackmail him and further paint him black.

In order to seek for Justice and defend himself, he took a step to petition the AIG Zone 13 Ukpo headquarters, Anambra State. Ichie Izuchukwu Nwabueze is demanding for Justice, and for the true position of the matter to be unveiled through a thorough and proper investigation by the police.

Attached below is the full details of the petition to the Police Service Commission and the Inspector General of police. 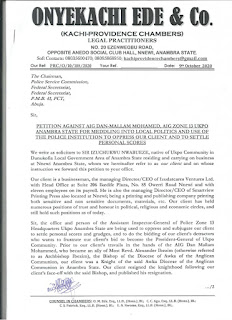 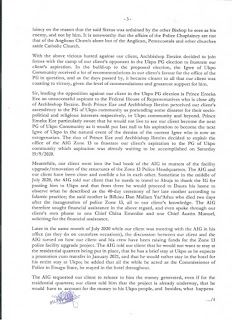 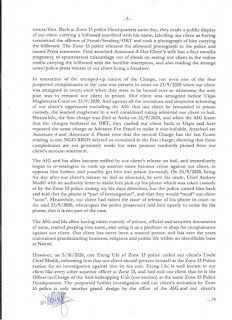 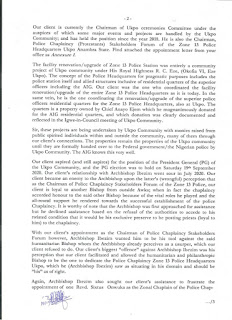 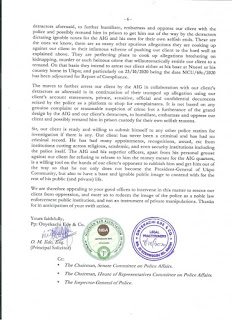 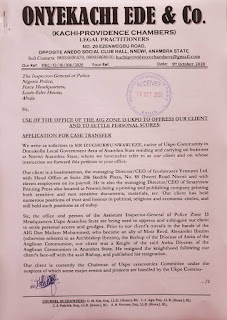